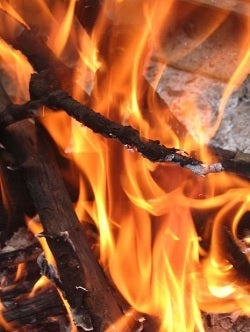 Because of its destructive and often deadly nature, arson is an extremely serious offense. Under California law, arson is defined as the "willful and malicious burning of property." While there are several types of arson crimes defined under California state law, many of them entail allegations of severe property damage, injuries, and loss of life. Arson is often charged as a felony crime in California, which means the penalties are severe and can range from prison time to hefty monetary fines to lifetime registration requirements as an arsonist. There is only one type of activity related to arson and that is unlawfully causing a fire. Depending on the facts and circumstances of the case, however, the crime of arson can be charged as a misdemeanor instead of a felony in California.

California police and prosecutors do not show leniency when pursuing charges against an arson suspect and those found guilty of such crimes will find themselves subjected to heavy and long-lasting penalties. As such, it is important that defendants quickly find high quality legal representation to protect them in court. The lawyers at the Law Offices of Daniel E. Kann are able to provide skilled and determined legal representation to those who need it most.

An investigation into a possible arson incident can take a lengthy period of time because much of the evidence may be lost in the fire. Elite teams of investigators will conduct their search using advanced chemical analysis systems to locate the cause and origin of the fire. By learning what caused the blaze, authorities can deem the incident to either be an accident or intentionally caused. Officials may file charges against an individual if there are witnesses who saw the person setting the fire or if they find evidence at the scene connecting the individual to the crime. The method by which the crime was committed could also play a significant part in the course of the investigation. Felony arson charges are considered "strikes" under California's "Three Strikes Law," which means that it could significantly affect the future of anyone who is convicted of the charges. Please see our California Three Strikes Law page for more information on this topic.

Under California Penal Code Section 451, "A person is guilty of arson when he or she willfully and maliciously sets fire to or burns or causes to be burned or who aids, counsels, or procures the burning of, any structure, forest land, or property." The penalties for the crime of arson are dependent on the circumstances of the act including where it occurred and what resulted. Various factors that may determine the degree of severity for California arson crimes charged include the following:

What Are Arson Sentencing Enhancements?

While arson is already subject to strict punishments under California law, these penalties can be further increased under Penal Code Section 451.1 if the fire causes an excessive amount of damage. An additional three-, four-, or five-year enhancement can be added if:

Additionally, the crime can be defined as "aggravated arson" under Penal Code Section 451.5 if the defendant has been convicted of at least one arson crime in the last 10 years, the fire resulted in at least $5,650,000 worth of property damage or losses, or five or more inhabited structures are damaged or destroyed. Aggravated arson can result in a prison sentence from 10 years to life with parole not eligible until 10 years have been served.

What Happens If You Unlawfully Cause a Fire?

The only arson-related crime that is a wobbler and may be charged as a misdemeanor or felony is known as "unlawfully setting a fire" and is found in Penal Code Section 452, which occurs when a person "recklessly sets fire to or burns or causes to be burned, any structure, forest land or property." This charge is less serious than arson due to a lack of willfulness and malicious nature on the behalf of the defendant. Causing a fire of a structure or forest land can be charged as a misdemeanor, result in one year in county jail and/or a fine. However, this can also be a felony punishable by 16 months, two years, or three years in county jail.

Additionally, if it is an inhabited structure or property that is burned, it can still be considered a misdemeanor punishable by one year in county jail and/or a fine, but can be increased to a felony punished by two, three, or four years in state prison. Finally, unlawfully setting a fire that causes great bodily injury can either be a misdemeanor with one year in jail and/or a fine or a felony with two, four, or six years in state prison.

The prosecution has the burden of proof in arson cases as it does in all cases, which means that they must prove that the crime occurred and the defendant committed it. To obtain an arson conviction, the prosecution must prove that a person committed the act "willfully" or that it was done on purpose. It must also be proven that the defendant did so "maliciously" with the intent of committing a wrongful act to injure, annoy, or defraud someone else. Such charges can be defended against successfully by an experienced criminal defense attorney.

If you or a loved one has been accused of an arson crime, please contact skilled criminal defense lawyer Daniel E. Kann to obtain more information about defending your charges. Dan will put his extensive experience, knowledge, and resources to work for you and help you obtain the best possible outcome in your arson case. Call us today for a free consultation and comprehensive assessment of your case.