Theft crimes in California can be charged as misdemeanors or felonies. However, a majority end up being charged as felonies. The charges in a petty theft or grand theft case will depend on the circumstances of the case, the value of the property or money taken and the defendant's prior criminal record. If you have been charged with grand theft or grand theft auto, it is imperative that you seek the counsel of a Santa Clarita theft crime defense attorney to better understand your legal rights and options and to start building your defense.

What is Grand Theft? 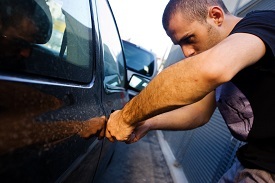 Under California Penal Code Section 487 (a), grand theft is a theft involving money, labor or real or personal property that is of a value exceeding $950. However the theft of some items is always considered grand theft under the law regardless of their monetary value. These items include firearms, vehicles, animals such as horses, farm products such as avocados, aqua cultural products such as shellfish and property that is personally carried or possessed by another person.

What Are the Consequences of Grand Theft?

The law relating to grand theft in California was changed in 2010. Under the new law, the theft of items valued under $950 may result in a misdemeanor charge, up to six months in county jail and a fine not exceeding $1,000. Theft of items valued at $950 or over may result in a felony charge and up to three years in state prison. In addition, grand theft of a firearm may lead to up to one year in prison and up to $5,000 in fines.

Regardless of whether you are charged with petty theft, shoplifting or grand theft, it is crucial that you contact a skilled and knowledgeable criminal defense lawyer who will fight these charges and help get them dismissed or reduced. The experienced theft crime defense attorneys at the Law Offices of Daniel E. Kann have successfully handled many theft cases. Call us today to discuss your case at absolutely no cost.