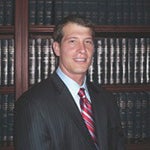 Criminal defense attorney Daniel Kann has handled more than 3,000 felony and misdemeanor criminal cases and believes passionately in his clients' constitutional right be presumed innocent. With a reputation as an aggressive trial attorney, prosecutors know they will be faced with upholding their heavy burden of proving guilt beyond a reasonable doubt in each and every case Dan defends.

From DUI to murder and serious drug and weapons charges, criminal defense attorney Daniel E. Kann has spent his entire career fighting for the rights of clients facing criminal prosecution throughout the Los Angeles and Ventura area.

As a veteran drunk driving defense lawyer Daniel E. Kann, provides comprehensive DUI defense by fighting for the rights of clients in both the criminal case and the administrative hearing before the California Department of Motor Vehicles. By aggressively defending your right to drive through the DMV Administrative Per Se Hearing process, Attorney Kann and his staff will have an early first look at the state's criminal case against you and will immediately begin preparing your criminal defense.

Attorney Daniel E. Kann has built a reputation as an aggressive trial attorney, handling all types of drug charges, including possession, drug distribution and drug trafficking. By challenging cases involving illegal search and seizure of his clients' cars, houses, belongings and clothing, Attorney Kann has secured positive outcomes for numerous clients, often by forcing prosecutors to reduce or dismiss the charges.

With extensive experience in negotiating plea agreements in drug cases, he is often successful in seeking alternative sentencing options, including drug treatment, and has helped hundreds of clients avoid jail or other serious consequences of violating California drug laws.

Hiring a veteran trial attorney can have a dramatic impact on your case. Daniel E. Kann has built a reputation as a highly skilled attorney who won't hesitate to take a case to trial when a dismissal or reasonable plea agreement with prosecutors cannot be reached. A courtroom record of successfully defending numerous clients at trial allows him to negotiate with prosecutors from a position of strength as he fights to secure the best outcome possible for you and your case.

Through his work with the Public Defender's Office, Attorney Kann found his calling and has continued to fight for the rights of defendants facing criminal charges throughout his entire career.

After being admitted to the State Bar of California, he worked for a private criminal defense firm before joining the Kern County Public Defenders Office. There, it took him less than three years to work his way up from handling clients charged with misdemeanor offenses to handling felony trials.

If you are facing charges for a serious traffic or criminal offense in the Los Angeles or Ventura area, contact The Law Offices of Daniel E. Kann for a free and confidential consultation to discuss your rights.

United States District Court for the Central District of California, 2004

National Organization for the Reform of Marijuana Laws (NORML)
Member Since: 2009