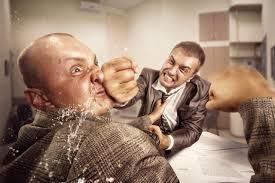 Being charged with battery can turn your life upside down. Understanding battery charges can often be confusing for those who have been arrested or are facing these serious charges in criminal court. Even if facing the reality of being charged with battery is difficult, it is important that you understand what constitutes battery, what penalties you may be facing if convicted, and what defenses may be available to you.

At the Kann California Defense Group, our defense attorneys understand that this is a challenging time. However, there is no better time than now to act to ensure that your legal rights are effectively and properly defended and protected. In our experience, many battery charges arise out of overreaction or misunderstandings, and in many cases, these charges are quite defensible. If you or a loved one is facing battery charges in Santa Clarita, Ventura, Pasadena, Encino, or Los Angeles, you should not take it lightly. It is extremely important for you to contact us as soon as possible to discuss your case, the defenses that are available to you, and your rights.

Under California Penal Code Section 242: battery is defined as "any willful and unlawful use of force or violence upon the person of another." It is important to note that an individual may be charged with battery even if there is no injury. A simple "unwanted or offensive touching of another" is a sufficient degree of behavior upon which a prosecutor can base a charge of battery under the law.

To obtain a conviction for battery, the prosecution must prove that the defendant "willfully" or deliberately committed the act of force or violence upon another regardless of whether the force or violence resulted in pain or injury. The slightest touch is sufficient for a battery charge if it is done in a rude, annoying, or disrespectful manner. For example, throwing an egg at someone or spitting on someone could lead to battery charges. Even poking someone in the shoulder could potentially amount to a battery if the other person is offended by the touching. A good way to think of it, especially when there is no apparent injury, is that whether or not a battery will have been considered to have occurred hinges on the perspective of the alleged victim rather than the defendant. Therefore, only the unlawful touching itself need be intentional, not the causing of offense or harm to the other person.

California Penal Code Section 243(a) makes misdemeanor battery punishable by a fine of up to $2,000, by imprisonment in a county jail for up to six months, or by both. Under California Penal Code Section 243(c), inflicting an injury against anyone in the course of battery can increase the penalties substantially. If charged as a misdemeanor, the defendant can be sentenced to county jail for up to one year. If it is charged as a felony, the defendant can be sentenced to state prison for 16 months, two years, or three years.

Under California Penal Code Section 243(b), when battery is committed against a peace officer, firefighter, or emergency personnel, the defendant can be sentenced to county jail for up to one year. However, if a battery is committed against this category of people and if as a result of the battery, injury is inflicted, under California Penal Code Section 243(c), the crime can be charged as a felony and the defendant can be sentenced to state prison for 16 months, two years, or three years, and the fine can increase to $10,000.

When a battery is committed against a spouse, fiancé, or domestic partner, under California Penal Code Section 273.5, the charge is a "wobbler," meaning that it can be charged as a felony or a misdemeanor. As a result, a person may face county jail or prison time in addition to a fine of up to $10,000. Other consequences include probation or parole, restitution, anger management classes, domestic violence classes, and community service. For more information on this topic, please see the Domestic Violence page.

Defendants convicted of sexual battery are subjected to harsher punishments than many other types of battery. Under California Penal Code Section 243.4(e)(1), sexual battery is defined as the touching of "an intimate part of another person, and if the touching is against the will of the person touched and is for the purpose of sexual arousal, sexual gratification, or sexual abuse." Under this code section, sexual battery is a misdemeanor and is punishable by up to six months in county jail. If convicted, the defendant would be required to register for life as a sex offender under Penal Code Section 290.

Under Penal Code Section 243.4(a), sexual battery is defined as the touching of "an intimate part of another person while that person is unlawfully restrained by the accused or an accomplice, and if the touching is against the will of the person touched and is for the purpose of sexual arousal, sexual gratification, or sexual abuse." Charged as a misdemeanor, a defendant can be punished by one year in county jail, a fine of up to $2,000, or both. Charged as a felony, a defendant can be sentenced to two, three, or four years in state prison and face a maximum fine of $10,000. In either case, the defendant would be required to register for life as a sex offender under California Penal Code Section 290.

Sexual battery also applies to the touching of an intimate part of another person who is seriously disabled, medically incapacitated, or unconscious, or forces someone to touch his or her or a third party's intimate body part. Additionally, if an employer touches an employee's intimate part against his or her will, it is considered sexual battery and subjected to increased fines and laws. For more information on this topic, please see the Sex Crimes page.

When one is convicted of misdemeanor battery, he or she will be placed on probation for a period of three years as is the case with any misdemeanor conviction. However, under California Penal Code Section 243(e)(2)(A) and 243(e)(2)(B), a person on probation for battery may be required to make payments to a battered women's shelter of up to $5,000 and reimburse the victim for the reasonable costs of counseling and other expenses that have been found to be the direct result of the defendant's actions. Also, under California Penal Code Section 12021(c)(1), misdemeanor battery convictions carry a ten year firearms ban. Under California Penal Code Section 12021(a)(1), if one is convicted of any felony charge including felony battery, they will be banned from possessing or owning firearms for life. Moreover, under federal law, when one is convicted of a domestic violence charge, they will be banned from owning or possessing firearms for life even if the domestic violence charge that the person is convicted of is a misdemeanor.

Self-defense, defense of others, and in some cases, defense of property, are affirmative defenses to charges of battery. As for a parent's right to discipline their child, parents are allowed to use reasonable and necessary force in order to discipline their children. Parental discipline in most cases will not be considered battery unless the parent's actions cause physical injuries to the child or amounts to abuse. 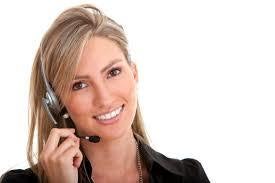 If you or a loved one is facing battery charges, please contact us to speak with an experienced Ventura or Los Angeles criminal defense lawyer to obtain more information about your legal rights and options. Here at the Kann California Defense Group, we have the experience and knowledge to competently and aggressively defend you against such accusations and may be able to have your charges reduced or even dismissed entirely. Our track record speaks for itself. We have preserved the freedom and liberty of many clients over the years. Please contact us today to discuss your case and start building your defense.