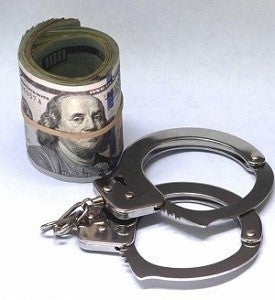 The act of using money or other items to influence the actions or behavior of another individual is defined as bribery. This could occur in almost any field or environment in both the public and private sector, with bribery even occurring in the context of politics. Regardless of the circumstances under which bribery charges are filed, they can have serious consequences on the personal and professional life of the defendant beyond serving prison time and paying fines. Being convicted of a bribery charge could even end a promising career.

The Santa Clarita bribery defense attorneys at the Law Offices of Daniel E. Kann understand that being accused of such an act is not only a serious criminal charge, but it also an indictment of one's moral and ethical character. Those convicted may suffer life-long harm to their professional and personal standings and the view that the public has of them. Those facing such charges should understand the complication that could arise from a conviction and their need for experienced legal representation.

California Penal Code laws for bribery are extensive, defining the regulations and punishments necessary for giving, offering, and receiving bribes based on who is receiving the bribe. Each of these has its own Penal Code Section and varying levels of penalties, and although most bribery crimes are considered felonies, some are defined as misdemeanors, making the crime a wobbler in California. The prosecution must prove that the defendant specifically intended to "injure or defraud" an employer or a competitor. The penalties faced by a defendant will usually depend on the amount of bribe given or received and the seriousness of the intended behavior. The defendant's prior criminal history could also play a part in the charges and penalties.

Other felony bribe crimes that are punishable by two, three, or four years in state prison include bribes given to a member of any official legislative body (Section 85), a witness to a crime (Section 138), members of a council such as a board of supervisors (Section 165), and employees of a financial institution (Section 639). Additionally, bribing a sports player in order to influence his or her actions in a contest is a felony and can be punished by prison time, up to a $5,000 fine, or both.

What is Commercial Bribery?

Accepting a bribe is also illegal under California law. A common form of this crime is known as commercial bribery and is defined in Section 641.3 (a) as "Any employee who solicits, accepts, or agrees to accept money or any thing of value from a person other than his or her employer, other than in trust for the employer, corruptly and without the knowledge or consent of the employer, in return for using or agreeing to use his or her position for the benefit of that other person, and any person who offers or gives an employee money or any thing of value under those circumstances."

If the commercial bribe is between $250 and $1,000, it is considered to be a misdemeanor and is punishable by a maximum of one year in county jail. If more than $1,000, he or she can face felony charges and be incarcerated for 16 months, two years, or three years in state prison.

Due to their serious nature and legal interference, bribery charges are investigated by the federal government. When public officials are charged with bribery, it may become a high-profile case in the media, with officials often being tried in the media before they are tried in a court of law. In addition, a person charged with a white collar crime such as bribery is often subjected to an invasive and thorough investigation by the government and federal officials.

If you are facing bribery charges, it would be in your best interests to retain the services of an experienced attorney who has the knowledge and skill necessary to fight federal charges before they are even filed. A seasoned bribery defense attorney like Daniel E. Kann will act proactively and attempt to get rid of the charges even before they are filed. Call the Law Offices of Daniel Kann to obtain more information about your legal rights and options. We are here to help you make an informed decision and obtain the best possible outcome in your case.