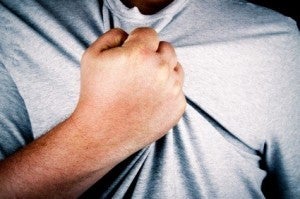 Assault and domestic violence accusations are very serious cases, which can result in jail time, fines, probation, loss of child custody, job loss, inability to own a firearm, loss of reputation and a lifetime record that can prevent you from obtaining employment, holding certain jobs or even renting an apartment.

When coupled with the fact that assault and domestic violence charges are among the most erroneously filed cases in the judicial system – notorious for relying upon the testimony of vindictive victims – it is vital that a defendant immediately seek the advice of a veteran defense lawyer experienced in fighting assault or domestic violence accusations.

The Ventura, Santa Clarita, Los Angeles, Encino, and Pasadena criminal defense attorneys at the Kann California Defense Group will move immediately and aggressively to protect your rights at all stages of your case and can work to coordinate your defense in cases where alimony, child support, child custody or a pending divorce or property settlement are involved in a domestic violence dispute or assault dispute.

Our veteran trial lawyers who have defended hundreds of clients against domestic violence and assault allegations have the knowledge and experience necessary to defend clients facing serious work-related sanctions due to a domestic violence charge, particularly law enforcement officers and military personnel facing the loss of their career and the inability to own or carry a firearm if convicted of assault or domestic violence.

Our office offers a free and confidential consultation to discuss your rights if you are facing an assault or domestic violence charge.

California law does not require injury for someone to be arrested and charged with assault. The low threshold requires only the performance of an act which is likely to result in the application of force on a person. Sometimes called “simple assault,” this misdemeanor charge is frequently used when little or no injury occurs to the alleged victim. Simply putting someone in eminent fear of a battery, can be enough for a simple assault charge.

Assault with a Deadly Weapon (PC 245)

Charged in connection with the use of a weapon or other instrument capable of causing great bodily injury. A qualified defense attorney can frequently challenge such charges by attacking the often liberal definition of a deadly weapon used by prosecutors and law enforcement: for instance, everything from automobiles and frying pans have been categorized as deadly weapons and used in an attempt to prosecute a defendant under more severe charges. Additionally, this charge can be brought on the basis of the victim's injuries. A Santa Clarita domestic violence defense lawyer experienced in defending clients against assault charges can argue the difference between intentionally causing serious bodily injury and winning a fight or protecting yourself in self-defense.

Threatening someone or putting them in fear of an attack can constitute a terrorist threat, which is a felony in California, punishable by up to three years in prison. It also counts as a strike crime. The law states that a defendant must threaten to unlawfully kill or unlawfully inflict great bodily injury to a person, either verbally or by written or electronic communications.