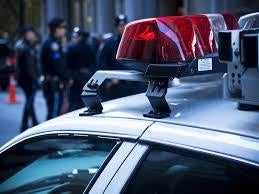 Using violence willfully and unlawfully against another person and threatening to use violence are both crimes under California law known as assault and battery, respectively. When an individual assaults law enforcement officials or firefighters, who are legally known as "peace officers" under California Penal Code Section 241(c), he or she faces stricter penalties than assault committed against other individuals. Unfortunately, it is common for many people to be falsely accused of this offense. Within a matter of seconds, things can get out of hand rather quickly, especially in a chaotic situation where police officers are involved.

Police officers can easily take something that is said or done personally. Very often, officers do not like it when their authority is not respected and this could cause an innocent person to face false charges or wrongful prosecution. If you or a loved one has been accused of assaulting a police officer, an experienced criminal defense lawyer can help you better understand the charges you face and start building your defense.

Under California Penal Code Section 240: "An assault is an unlawful attempt, coupled with a present ability, to commit a violent injury on the person of another." An assault is a misdemeanor punishable by a fine not exceeding $1,000, by imprisonment in county jail not exceeding six months or both by fines and imprisonment. No physical contact is necessary to be subjected to these penalties.

California Penal Code Section 241 (c) states that when an assault is committed against a peace officer such as a police officer, firefighter, emergency medical technician (EMT), paramedic, lifeguard, traffic officer, code enforcement officer, parking control officer, or an animal control officer who is engaged in the performance of his or her duties, the punishment is more severe. Such an assault is punishable by a fine of up to $2,000 or by imprisonment in county jail not exceeding one year.

The nature and extent of the charges you face may depend on the circumstances of the case including injuries sustained by the officer and your own prior criminal record. According to Penal Code Section 243(c)(2), if the officer suffers a "serious bodily injury," then Battery Against Peace Officer charges can be filed as a misdemeanor which is subject to imprisonment in county jail for up to one year and/or up to $2,000 in fines or it can be filed as a felony which can carry up to three years in state prison.

What Are Defenses for Assault Against a Police Officer?

To obtain a conviction for assaulting a police officer, the prosecution must prove that the defendant "knew or reasonably should have known" that the alleged victim was a peace officer or a person with authority engaged in the performance of his or her duties. A judge or jury must decide if a reasonable person would have realized that the alleged victim was a person who was enforcing the law or performing the said duties.

Indications that the person was a peace officer include:

Being convicted of assaulting a police officer carries heavy penalties, a permanent criminal record, and long-lasting personal and professional effects. If you or a loved one is facing charges of assaulting a police officer, our experienced Santa Clarita, Los Angeles, Ventura attorneys can help you understand your charges and potential consequences. Our lawyers will also work diligently to get false charges dismissed. We have an excellent track record of getting charges reduced or obtaining alternative sentencing instead of jail time for our clients. Call us today to find out how we can help you.