Fraud Under The California Penal Code 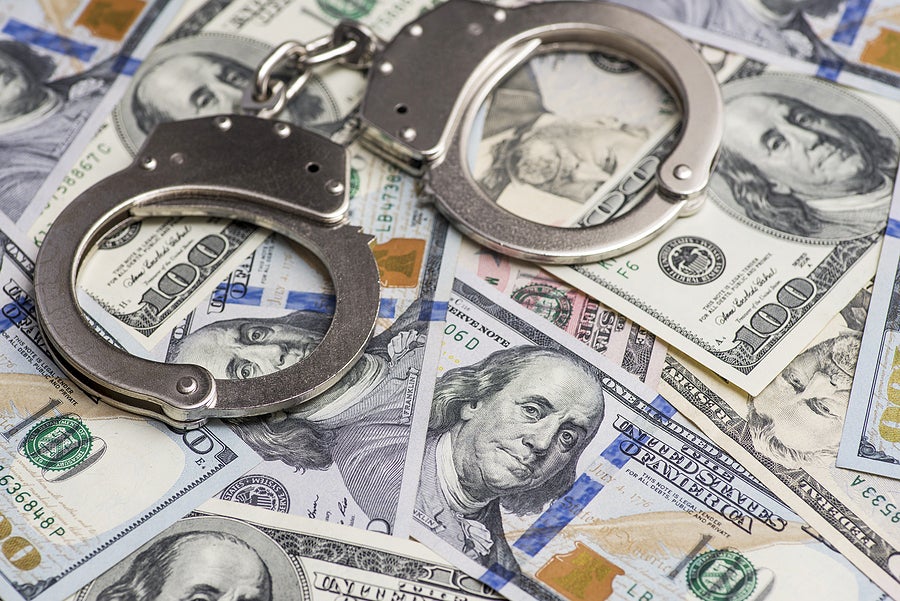 Fraud Exists In Many Forms In California

Fraud exists in many forms in California. There are, however, a few observations which can be made about the offense in all of its forms.

For example, fraud involves causing a harm or loss to a person or an institution. The harm is usually financial. But fraud needn't involve money to be criminal in nature; one can defraud another into doing something, which can be illegal as well. Furthermore, fraud usually involves taking some form of benefit to which you're not entitled. Of course, the same is true if one's fraud is intended to benefit another.

Fraud Penalties Can Be Severe

Fraud penalties can be severe in California. Many frauds are felonies, meaning that they can subject you to years in a state prison and fines in the tens of thousands of dollars. While most of the fraud laws carry their own penalties, some are prosecuted under sections of the Penal Code as though they were thefts.

Note, furthermore, that not all frauds are automatically prosecuted as felonies. Depending on your history, and the facts of your case (with emphasis on the value of the fraud, more often than not), you can be charged with a misdemeanor or a felony count of fraud. This makes fraud a “wobbler”1 under California law; the charge ‘wobbles' between a felony and a misdemeanor, though there are a number of frauds which are always prosecuted as felonies in this state.

Common Defenses Against A Charge Of Fraud

Three common defenses against a charge of fraud are:

You Were The Victim Of Mistaken Identity

Example: Defendant Damian lives with his identical twin Brother who's committing insurance fraud by taking healthcare benefits to which he isn't entitled. Brother's crimes are discovered by the state. But when police serve a warrant at their home, they arrest Damian. (Brother isn't home at the time.) Damian insists he isn't guilty of a charge of health care insurance fraud. Is he guilty, on these facts?

Conclusion: Damian, as the facts make clear, didn't commit the crime of which he's accused. His identical twin Brother is guilty. Damian has been confused with Brother because he looks exactly like Brother and lives at the same address. Damian's Brother was simply, and unfortunately, not at home when police served their warrant. Thus, Damian is innocent. He was the victim of mistaken identity.

You Lacked The Intent To Defraud

Example: Defendant Deirdre submits a claim to her insurer after she gets into a car accident. She files for total collision coverage, claiming that the car is no longer unusable. But, unbeknownst to her at the time, Mechanic can return the car to working order. Mechanic does this even though Deirdre has received a payment for the total value of her car. Now she's being charged with fraud. Is she guilty?

Conclusion: Deirdre did not know that her car was salvageable at the time she filed her insurance claim. She believed that her car was totally wrecked and obtained a payment on that basis. The facts make this clear. She will likely have to return the money, but this does not make her a criminal. She was simply mistaken. Deirdre, therefore, is innocent. When she filed the claim, she lacked the intent to defraud.

You Were The Victim Of Police Misconduct

Conclusion: Danny has been accused of a crime by a law enforcement officer who was actually retaliating for Danny's refusal to take an illegal bribe and issue a policy. The accusation itself is also false. These are forms of police misconduct. Police Investigator, therefore, should be investigated with an eye towards criminal charges, but Danny should be acquitted. He was the victim of police misconduct.

Common forms of insurance fraud in California include:

Health insurance fraud can be committed by patients and healthcare professionals under California law. For example, health insurance fraud is committed whenever a doctor takes a bribe in exchange for prescribing a drug. Similarly, fraud is committed whenever a healthcare professional submits a charge for medical services that weren't actually provided. In fact, all forms of false billing qualify as fraud under California law.

Another common form of fraud in California concerns false automobile insurance claims. The following are just a few examples of activities that'll expose you to auto fraud charges in this state: willfully damaging or destroying a vehicle in order to file an insurance claim; planning or participating in a staged vehicular accident; and inflating the value of an auto insurance claim.

Unemployment Insurance fraud involves attempting to alter an unemployment insurance benefit through any false statement. Examples of this form of fraud include: intentionally providing false information about why you lost your job; misrepresenting why an employee was terminated; misreporting work search efforts; collecting benefits as though you were domiciled in multiple states; and underreporting an employee's earnings to lessen an unemployment insurance program contribution obligation.

Welfare fraud in California occurs whenever anyone receives benefits to which he or she is not entitled. However, while those who receive benefits are usually associated with this offense, it shouldn't be forgotten that employees of government agencies violate fraud laws when they attempt to collect or distribute benefits without authorization of their government employer.

Nursing home abuse can involve acts of financial abuse. Illegal acts include: overbilling patient for care and/or medication; acts of undue influence;2 theft of an elder person's property; and forging an elder person's name on a check or any other document to benefit yourself or another person.

Forgery of any type of document is a fraud in California. Affixing another person's signature to a document, physically or electronically, is also identity theft. It follows that this type of fraud is becoming extremely common in this state. It also follows that there are numerous laws to address the situation.

i) Forgery of Government, Public, or Corporate Seal

Section 472 of the Penal Code3 makes it illegal to forge, counterfeit, or possess a fraudulent public seal of any government or corporation. If the seal involves another person's identity, furthermore, use of the same will also violate California's identity theft laws.

Internet (computer) fraud refers broadly to fraud committed using a computer. Common California examples of internet fraud include: cyberstalking, a form of stalking; making purchases with a fraudulent identity; and creating or forwarding a computer virus in the state.

You commit false impersonation fraud when you pose as another person for your own benefit. The same is true if you pose as someone to harm another person. There are several examples, such as: using an unauthorized credit card to make a purchase; misrepresenting your identity to obtain public assistance; hacking another person's social networking profile and to create false postings; and signing someone else's name to a check, then cashing it as your own.

It's illegal to make any deliberately false representation in connection with a real estate transaction in this state. Common examples of real property fraud in California include:

i) Forging A Deed

Section 115(a)4 of the California Penal Code makes it illegal to file, or attempt to file, register or record a deed which has been knowingly altered (or created) for fraudulent purposes. This is known as forging a deed. It is a felony. The offense is punishable with as many as three (3) years in a state prison5 and a fine of up to $10,000 (ten-thousand dollars).6

While foreclosure fraud encompasses a number of crimes in California, this form of fraud occurs generally whenever anyone interferes fraudulently with a home that has been foreclosed or is in the process of foreclosure.

It is a form of fraud in California whenever a seller submits a false property appraisal to any financially interested party. Typically, appraisals are falsified to justify increasing prices. Loan documents may also be falsified to this end.

The term “predatory lending” actually refers to a number of illegal practices that're meant to allow lenders to take advantage of borrowers. In California, laws against predatory lending are violated generally when loans are made to maximize lenders' returns without regard for the borrowers' ability to repay.

Civil Code Section 8907 makes it unlawful to use rent proceeds from a residential rental property during the first year after acquiring the property without first applying the proceeds to your mortgage. This is known as “rent skimming.” The statute also makes it unlawful to rent a property that you don't own or have the authority to rent, or to collect rent for your own use. If you engage in “rent skimming” in California with five or more properties in two years, your acts will be punished civilly and prosecuted criminally.

“Straw buyer” schemes are actually both civil and criminal in nature. Fraud is sometimes committed by real estate agents who solicit a person to take a loan on behalf of another person. Then, when the loan is processed and paid, the agent steals the money. The “straw buyer” is left to repay the loan while being exposed to civil penalties and the possibility of criminal charges.

Check fraud occurs whenever you make, use, possess, or attempt to make or use, a check with the intent to defraud the payee. You must also reveal your intent by representing the check to be genuine. Note: Penal Code Section 4769 prohibits passing or attempting to pass a check if you know there are insufficient funds to cover the check. This is a form of check fraud all its own.

Securities fraud involves willfully altering investor decisions using falsified information. Traders and stock promoters are among those often connected to this form of fraud in California. Examples of securities fraud include: misstating a company's value; counterfeiting financial statements; altering financial statements; stealing from a company; and stealing from investors.

California's Business & Professions Code 17511.910 establishes the crime of telemarketing fraud, which occurs any time a deceitful or fraudulent business scheme or act is used to sell something via telephone. Telemarketing fraud is a “wobbler”11 under California law. It's punishable with up to three (3) years in a state prison12 and a $10,000 (ten-thousand dollar) fine13 if prosecuted as a felony.

What Can I Do If I'm Charged With Fraud? 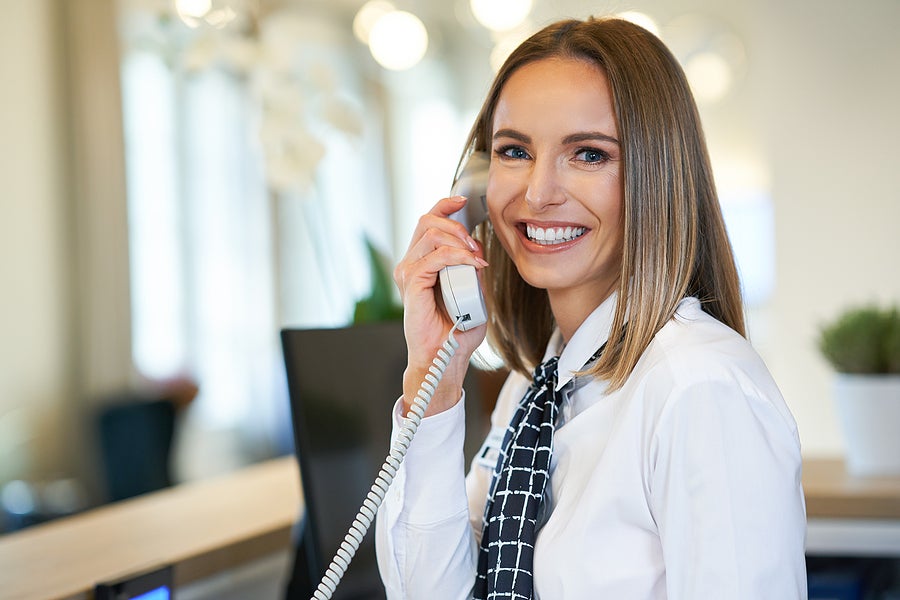 The State of California regards Fraud as a serious offense. If you're charged with Fraud, it's essential that you retain a skilled, dedicated criminal defense attorney as soon as possible. Your rights, freedom, and livelihood are at stake.

Remember, a professional criminal defense attorney may be able to:

The attorneys at the Kann California Law Group have an excellent understanding of the local courts and an extensive knowledge of California's criminal justice system. We can represent you in Ventura, Santa Clarita, Los Angeles, Encino, Pasadena and many other Southern California cities.

If you or someone you know has been arrested for, or charged with, Fraud, our attorneys will analyze the facts of your case and plan a strategy that will help you obtain the best possible outcome.