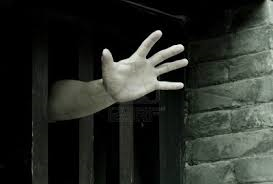 What is false imprisonment?

False imprisonment occurs when you unlawfully deprive another person of his or her personal liberty. In that respect, it is similar to California Penal Code § 207 kidnapping.

But kidnapping requires that you move the person. Where someone is merely held or restrained against that person's will, the crime is false imprisonment.

In each case, the prosecutor must prove that:

1. You intentionally and unlawfully restrained, detained or confined someone, and

2. Doing so made that person stay or go somewhere against that person's will.

You make someone stay or go against his/her will if he/she does not consent to the act. A person consents when he/she acts freely and voluntarily and knows the nature of the act.

• You prevent someone from leaving by grabbing that person's arm;
• You lock someone in a bedroom;
• You tie someone to a chair.

Note, however, that if the person consented to any of these acts, it wouldn't be false imprisonment. This might happen if:

• You were restraining someone during a self-defense class;
• You were running a commercial “escape room” game;
• You were engaging in consensual bondage. 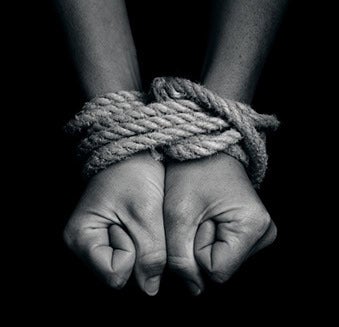 Absent actual or threatened violence, false imprisonment is a usually a misdemeanor under California Penal Code §237.

False imprisonment becomes a felony under California Penal Code § 236 PC, however, if you restrain, detain or confine someone by:

For purposes of false imprisonment, “violence” means physical force greater than that reasonably necessary to restrain someone.
Menace, on the other hand, is the verbal or physical threat of harm. Such threats may be express – such as a statement -- or implied – for example, a gun tucked into someone's waistband.
False imprisonment by fraud or deceit consists of curtailing someone else's liberty by lying to them. The fraud or deceit must be intentional.
For instance, if you tell a co-worker to stay in his office due to a bomb threat, believing it to be true, you haven't committed false imprisonment even if you are mistaken. But if you are purposely lying about such a threat, you may be guilty of false imprisonment. 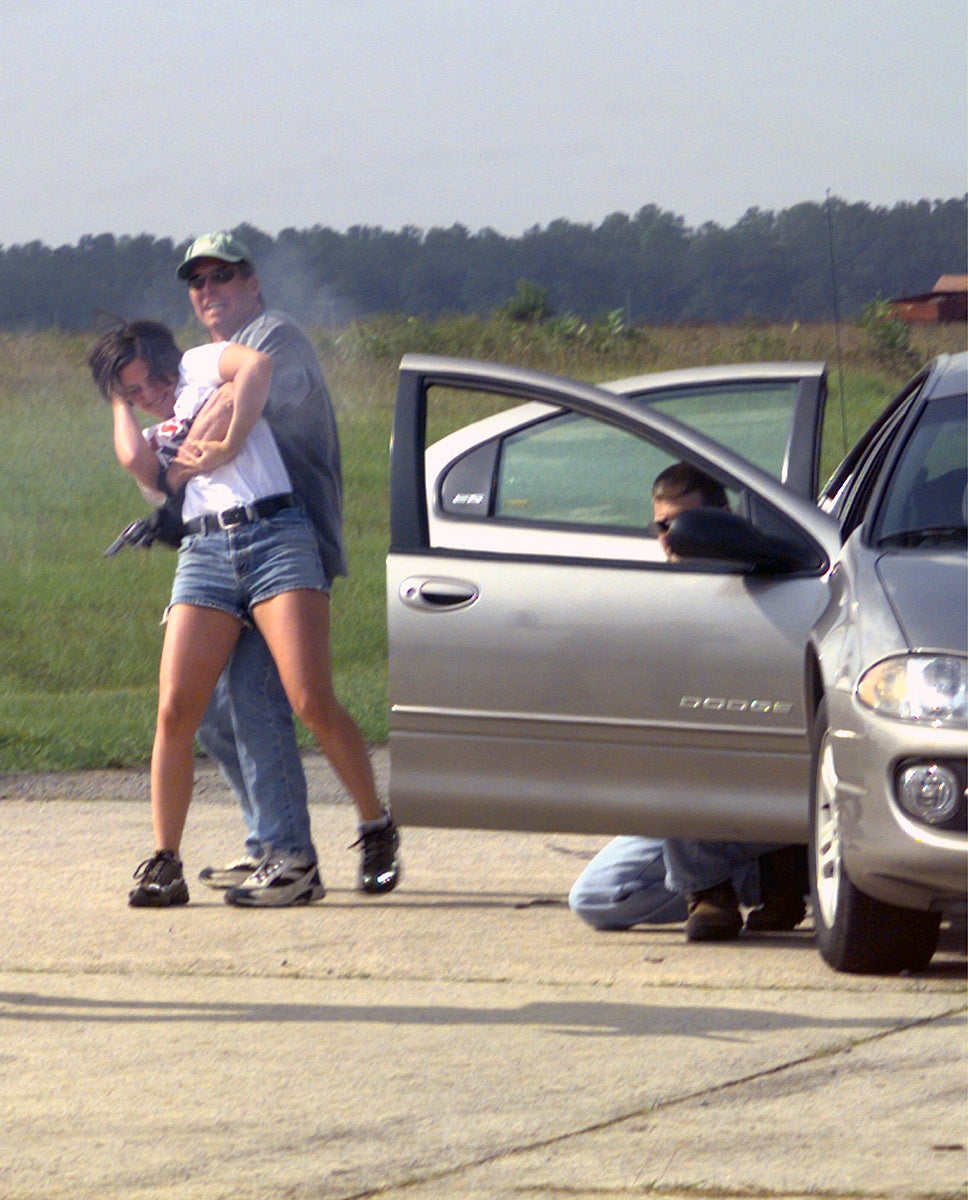 If you use violence or menace to falsely imprison someone for the purpose of protecting yourself from arrest, you commit false imprisonment of a hostage under Penal Code § 210.5.

In order to prove one guilty of false imprisonment of a hostage the prosecutor must show that:

1. You faced a threat or risk of imminent arrest;
2. You restrained, confined or detained another person by force or by a threat to use force;
3. You intended to protect yourself against the threat of imminent arrest by restraining the other person;
4. You made the other person stay or go somewhere against that person's will; AND
5. You either substantially increased the risk of physical or psychological harm to that person or you intended to use that person    as a shield.

Misdemeanor false imprisonment is punishable by:


Basic felony false imprisonment can be punished by:

However, certain types of victims carry an increased penalty for felony false imprisonment as follows:

False imprisonment of an elder or dependent adult:

If the victim of felony false imprisonment is an elder or dependent adult, California Penal Code §368(f) provides a penalty of:

An elder is any person who is 65 years of age or older.

A dependent adult is any person between the ages of 18 and 64 with certain specified physical or mental limitations.

False imprisonment of a hostage:


False imprisonment of a hostage is punishable by:

False imprisonment for purposes of forced labor or human trafficking:

If you deprive someone of personal liberty with the intent to obtain forced labor or services, you are guilty of human trafficking. If convicted, you face up to:

If the forced labor involves sex work or prostitution, the potential penalty increases to:

And, finally, if the forced sex work involves a minor child, you face:

And in all cases of human trafficking or forced labor, you face increased penalties and fines if:

• It is a second or subsequent trafficking offense, or

• The crime causes great bodily injury to the victim.

The court may also fine you an additional amount of up to $1,000,000 if the offense is particularly serious or involves a large amount of money.

Can I legally restrain my child?

Parents have the right to discipline and/or protect their children by depriving them of their liberty if the punishment is reasonable.

However, a parent who confines his or her child with the intent to endanger the health and safety of the child or for an unlawful purpose can be prosecuted for false imprisonment.

Whether you are guilty depends on:

1. your intent in confining or restraining the child, and

2. the reasonableness of the restraint or confinement.

As should be apparent, specific defenses to false imprisonment charges are highly dependent on the facts of the case. However, common defenses include:

• The alleged victim was free to go.
• The alleged victim consented to the detention.
• You did not use unreasonable force in restraining the victim.
• Your verbal “threat” was clearly a joke.
• You obviously had no ability to carry out your threat.
• You were reasonably disciplining your child.
• There was no risk of imminent arrest, so the victim was not a hostage.
• You committed the crime under duress.
• Your actions were committed in the alleged victim's best interest (for example, to keep her from harming herself).
• There was police misconduct during your arrest or the investigation.

California Penal Code Section 245(a)(1), Assault with a Deadly Weapon