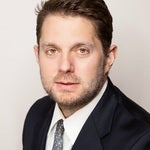 Veteran Los Angeles County DUI and Criminal Defense Attorney, Aaron M. Fontana graduated from Michigan State University in 1994. Prior to law school, he worked as a journalist for such news outlets as the Los Angeles Weekly and Los Angeles Downtown News. In 2003, Mr. Fontana attended the Southwestern Law School while working as the senior editor of the Los Angeles-based weekly, Entertainment Today.

During law school, Mr. Fontana was a staff member of the Southwestern University Law Review and editor-in-chief of the school's student newspaper, The Commentator. Mr. Fontana was also an extern for the Honorable Dean D. Pregerson of the United States District Court, Central District of California where he reviewed Habeas Corpus appeals and researched and drafted tentative rulings; and the Honorable Sheri Bluebond of the United States Bankruptcy Court for which he drafted tentative rulings. In the summer of 2006, Mr. Fontana worked at the Los Angeles Federal Public Defender's Office, Capital Habeas Corpus Unit defending clients sentenced to the federal death penalty.

Mr. Fontana was on the dean's list from 2003 to 2004 and 2004 to 2005. He earned above a 4.0 in his last semester and graduated in the top 20 percent of his law school class. Upon graduation, Mr. Fontana worked for three years as an associate in a public entity defense firm, defending the Los Angeles County Sheriff's Department in civil actions related to excessive force and jail conditions. Since 2011, Mr. Fontana has focused solely on criminal and DUI defense law. He has worked for some of the top DUI and Criminal Defense firms in Los Angeles County and now aggressively and effectively defends clients accused of DUI and other serious criminal law violations at the Kann California Defense Group where his is an indispensable member of the defense team.