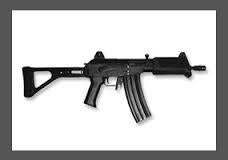 The state of California enacted its first assault weapons act in 1989 known as the Roberti-Roos Assault Weapons Control Act[1].  According to the terms of the Act, any firearm listed in California Penal Code §12276[2] constituted an assault weapon.  Further, §12276.1 of the Penal Code provides that assault weapon may also mean:

On July 1, 2016, Governor Jerry Brown redefined assault weapons and registration requirements by signing Senate Bill 880[3] and Assembly Bill 1135. The new law, which is effective as of January 1, 2017, broadens the definition of prohibited assault weapons making California's gun laws some of the toughest in the United States.

“an ammunition feeding device contained in, or permanently attached to, a firearm in such a manner that the device cannot be removed without disassembly of the firearm action.”

Because a bullet button does not require disassembly, the new law closes the loophole that gun owners have used since 2007.  The newly reclassified assault weapons cannot be sold, gifted, loaned or traded even between family members. Any weapon owned before January 1, 2017, must be registered with the California Department of Justice prior to January 1, 2018, along with the payment of a small fee. Anyone convicted under the new law is guilty of a felony and can face up to one year in the county jail as well as significant fines. Many gun owners are confused about the new law and how it affects their current weapons. If you are one such owner, it is important to speak to a Ventura County criminal defense attorney as soon as possible so that you are in full compliance with the law.

Avoiding Classification of an Assault Weapon

If you are a California gun owner wishing to avoid the classification of an assault weapon, there are several steps that you can take:

These modifications must also be made if you wish for a family member or close friend to inherit your weapon upon your death. Under the terms of the new law, a California resident who inherits an assault weapon has 90 days to make the weapon inoperable, turn it over to local law enforcement or send it out of state. Any failure to do so can result in a felony charge after the ninety-day period has passed.

The new assault weapons law is confusing and could cause you or someone you know to be charged with a felony. Contact the experienced Los Angeles and Ventura criminal defense attorneys at the Kann California Defense Group today for a free consultation. Call our toll-free number 888-744-7730 today or contact us through our online contact form.