Ventura County Sheriff's Department officers recently arrested a 74-year-old woman on the suspicion that she caused a major crash while driving under the influence of alcohol (DUI). As reported by The Ventura County Star, the crash left the other involved driver with serious injuries. 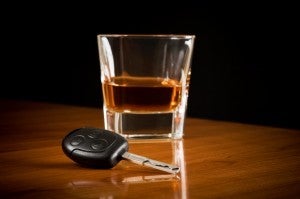 Deputies received a call concerning a crash around 6:05 pm on December 23 and responded to the scene at the intersection of Santa Rosa Road and Los Pueblos Drive in Camarillo. According to reports, neither driver could remember how the accident occurred and the 70-year-old man driving the other vehicle involved in the accident was taken to a Thousand Oaks hospital for treatment of serious head injuries suffered in the vehicle collision.

The 74-year-old female driver was arrested on suspicion of misdemeanor DUI, but was released for treatment of her injuries at a nearby hospital. Officials are currently investigating the causes of the accident and have not said the driver's blood alcohol content (BAC).

Under California Vehicle Code 23153, it is illegal for a person driving with a blood alcohol content of at least 0.08 percent to cause an accident that leaves another party injured. This crime can be charged as either a misdemeanor or felony, each with its own possible penalties. A misdemeanor can result in imprisonment from five days to one year, driving privileges suspended from one to three years, probation from three to five years, and various fines. A felony DUI can be punished with two, three, or four years in state prison, a strike under California's Three Strikes Law, a five year revocation of driving privileges, and various increased fines and potential prison sentences.

At The Law Offices of Daniel E. Kann, a Ventura DUI accident defense attorney can help you fight the charges and potential penalties you face in order to preserve your future and the opportunities that may be damaged by a conviction. To learn more about our track record of success and how we may be able to apply it to your case, call (805) 290-4932.