What Steps Should You Take to Protect Your Drivers License after a DUI Arrest in Ventura? 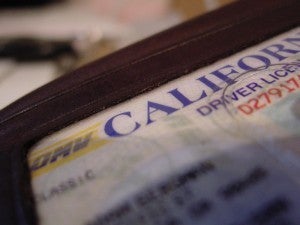 When you get pulled over for DUI investigation in Ventura County, the police officer may ask you to take a breath test and/or administer a number of field sobriety tests. If you are arrested after the investigation, you will be taken to the police station or the hospital for a blood test to determine the amount of alcohol in your system.

It is important to understand that you will face serious criminal charges if you refuse to take a chemical test after being arrested. Upon taking the test, the officer will also notify you that your license will be suspended in 30 days. Your official driver's license will be taken from you and you will be given a temporary pink license that is only valid until your suspension goes into effect.

If you refuse to take a chemical (blood and breath) test, you will be charged with a “refusal” allegation and will lose your license for a year. This is a one-year hard suspension, which means you cannot drive at all. The number of years your driver's license is suspended will increase every time you face this allegation – two years for the second time, three years for a third and so on.

If your license is suspended for a first-time DUI and you did take a chemical test, but lost the DMV hearing, you face a 30-day hard suspension and a five-month restricted license, limited to your trips to and from work and court-ordered DUI classes. On a second-time DUI, you face a two-year suspension with a restricted license after 90 days and an ignition interlock device installed in your vehicle.

If you have been arrested and are worried about losing your driver's license, the best step you can take is to speak with a Ventura DUI defense attorney. There are ways to protect your license, but you will need help. It is important to act quickly to prevent the suspension and fight the charges.