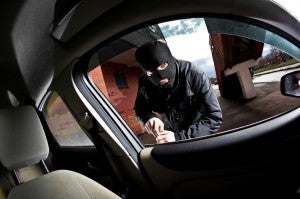 A police chase through Camarillo resulted in the arrest of a 31-year-old Oxnard man on multiple charges in the early hours of November 26. As reported by The Ventura County Star, the chase was sparked by police who tried to stop the vehicle for violating a window tint law.

Police attempted to pull over the vehicle on Highway 101 in Camarillo around 2:15 a.m.; however, the vehicle allegedly failed to pull over and exited at Dawson Drive. Police chased the vehicle to an apartment complex, where the driver and passenger both fled into the complex on foot. Deputies and a K-9 unit from the Ventura Police Department found the driver hiding under a tarp after searching for 15 minutes. However, authorities did not find the passenger.

Officials discovered that the vehicle the man was driving was reported as being stolen in Camarillo and the man now faces charges of auto theft.

Being convicted of theft can result in not only years in prison and heavy fines, but a criminal record that damages your future career hopes and possibly personal relationships. Through a consultation with the Camarillo auto theft defense lawyers at The Law Offices of Daniel E. Kann, you can fully understand the charges you or a loved one is facing and your best chances for a successful defense. To learn more, contact our offices today at (805) 290-4932.