A 30-year-old man from Fillmore is currently facing charges concerning the fatal shooting of an Oxnard chiropractor on August 8, 2012. The charges allege that the man shot and killed the 41-year-old victim as he stood in the driveway of his mother's house, as reported by The Ventura County Star.

Prosecutors have said that the defendant confronted the victim as he was picking up his three-year-old son from his mother's home. According to witnesses, the two argued about an issue over money before the defendant shot and killed the chiropractor. Prosecutors are still unclear about the alleged motive for the homicide. The defendant and the victim's brother apparently had a past history, with the two being involved in a previous drug crime arrest. 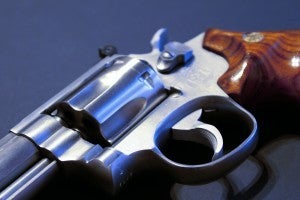 In proving that a defendant is guilty of murder under California Penal Code Section 187, it must be shown that he or she killed a victim with malice aforethought. This means that he or she intended to kill the victim and had thought about it and decided to commit the crime before it actually occurred. If this is the case, then he or she may be convicted of first degree murder. Second degree murder involves malice, meaning that the suspect willfully killed the victim, but was not premeditated, making many of those charges given for “crimes of passion.” Absence of both malice and premeditation will often reduce a charge to voluntary or involuntary manslaughter.

If you are facing homicide charges, do not hesitate to begin the defense of your legal rights and future. At The Law Offices of Daniel E. Kann, our Fillmore homicide defense attorneys work toward building a tenacious case that fights for the best results possible to preserve your future. Contact us today at (805) 290-4932 for a free consultation on your case.