A 22-year-old man from Camarillo was recently sentenced to 19 years to life in prison for a gang-related murder of an 18-year-old at a high school graduation party on June 14, 2008. As reported by The Ventura County Star, the incident occurred when the suspect and fellow gang members reportedly attacked guests at a Moorpark party, resulting in the suspect stabbing the victim in the heart. 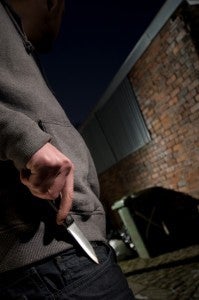 After the fatal incident, Sherriff's Department detectives investigated the crime for 30 months, resulting in a member of the suspect's gang reportedly recording him brag about the crime. The suspect was found guilty of second-degree murder, a lesser penalty than the first-degree murder that the prosecutor was seeking, who had argued that the Moorpark gang-related crime was premeditated.

California law concerning homicide is massed on two factors: malice and premeditation. Malice is the intent to do harm or kill another person. Premeditation is planning on actually killing the victim. Second-degree murder involves a defendant taking actions that he or she knows will kill a person, but did not plan on committing the action. Under California Penal Code Section 190.05(a), those found guilty can be punished by life in prison without parole or 15 years to life in prison. However, if the killing involved shooting a gun from a vehicle, it is punishable by 20 years to life in prison.

At The Law Offices of Daniel E. Kann, our Moorpark homicide defense lawyers can provide you with a skilled and experienced legal defense that has been crafted from years of experience and is tailored to your specific case. For more information on how we can help protect you from harsh and life-changing charges and penalties, call (805) 290-4932.