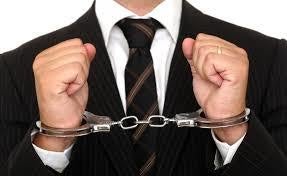 White collar crime is a general term applied to a wide range of nonviolent crimes perpetrated for monetary or personal gain.  White collar crimes can come under the authority of either the state or federal government.  Fraud and embezzlement are examples of white collar crimes.  One of the most high-profile individuals convicted of white collar crimes is Bernard Madoff. [1]  He was charged with 11 counts of fraud, money laundering, perjury, and theft because he defrauded thousands of investors of billions of dollars.

For a smaller scale example, on October 25, 2016, Charles Jayson Hanson,[2]  a Newport Beach jeweler, was found guilty of replacing diamonds in his clients' jewelry with fake stones.  He was charged with five counts of felony grand theft and one misdemeanor count of petty theft and also received sentencing enhancements for aggravated white-collar crime.  Mr. Hanson was sentenced to six years and four months in state prison.

Fraud is a broad term that refers to an act of deception that is committed for financial or personal gain. There are many different types of fraud including bank fraud, computer fraud, mail fraud, and credit card fraud.  If you are a person facing allegations of fraud, you may be facing jail time and hefty fines.

Embezzlement is the act of stealing property by a person to whom the property has been entrusted, usually as part of job responsibilities.  In California, embezzlement is considered a theft crime.  If you are discovered to have embezzled from your employer, you may be charged with either (a) petty theft or (b) grand theft:

In California, because of the “White Collar Crime Enhancement Law,” [5] a white collar criminal sentence can be enhanced if you have been convicted of other similar felonies and have stolen more than $100,000.  Along with the punishment given when convicted, extra terms of imprisonment, fines, or both, can be imposed.

So if you have a number of charges, like the above-mentioned Charles Jayson Hanson, and are convicted of at least two (or have two prior similar convictions), your sentence may be increased by an extra two to five years.  Additionally, in order to reimburse victims, as well as pay any fines imposed, this law permits a court to seize your assets when the complaint or indictment is filed.

Regardless of the circumstances, if you or a loved one have been accused of committing a white collar crime in Century City, Pasadena, Encino, Ventura, or Santa Clarita, you need a dedicated criminal defense attorney.  Experienced white collar criminal defense lawyers are current in their knowledge and understanding of business regulations and practices.  Additionally, a skilled attorney will work to refute or reduce the charges brought against you.

Contact the experienced team of attorneys at Kann California Defense Group for assistance.  We can represent you in state and federal court.  Call our toll-free number 888-744-7730 today or use our online contact form.