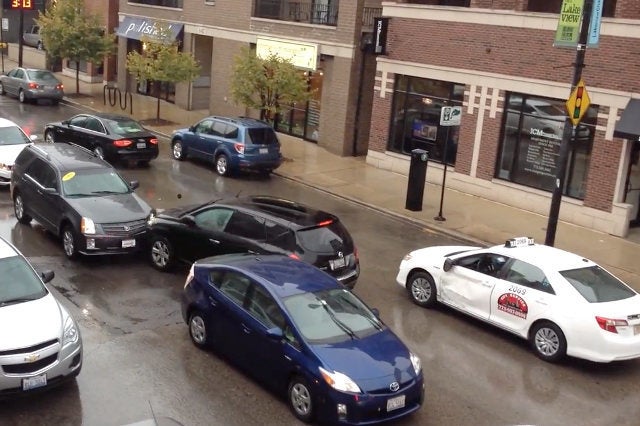 A suspect turned himself in early May 27, 2016, in connection with a hit-and-run collision[1] that killed a teacher who was cycling in Santa Clarita earlier this week.
The vehicle involved in the fatal crash was located in Valencia about 3:15 a.m. and the driver surrendered to authorities shortly afterward, according to Officer Josh Greengard of the California Highway Patrol.

Investigators questioned the driver at the sheriff's Santa Clarita station, and he was subsequently arrested on suspicion of felony hit and run involving death or injury. The victim was riding a bicycle about 4:30 p.m. Wednesday in the area of Placerita Canyon Road and Sierra Highway when he was struck by a dark gray station wagon. He was pronounced dead at the scene. The bicyclist was later identified as a 53-year-old math and music teacher at Valencia's Arroyo Seco Junior High School.

In the state of California, a hit and run takes place if you leave the scene of an accident without first identifying yourself to the others involved. If there is only property damage and no one was hurt, you will likely be charged with a misdemeanor hit and run. If another person was injured or killed, however, the charge will increase to a felony hit and run[2].

The penalties for a felony hit and run in Santa Clarita include a fine ranging from one thousand dollars ($1,000) to ten thousand dollars ($10,000) as well as a term of incarceration from sixteen (16) months to three (3) years. The prison sentence can increase to two (2) to four (4) years if an individual was killed or suffered a permanent injury.

If you or someone you love is charged with a felony hit and run, it is important to contact a Santa Clarita criminal defense attorney as soon as possible. Contact the Kann California Defense Group today for a free consultation. Call our toll-free number 888-744-7730 today.