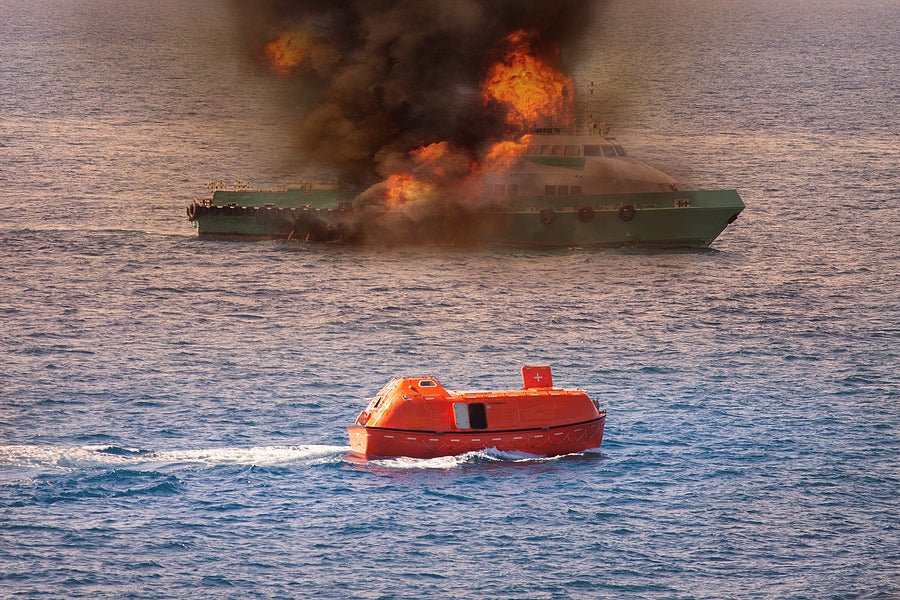 Last September, the Conception dive boat sank after catching fire while anchored near Santa Cruz Island. Santa Cruz Island is part of the Channel Islands found in the Pacific Ocean off the Southern California coast. According to ABC 7 News, The Conception disaster resulted in the deaths of 34 people, making it “the deadliest maritime disaster in California in more than 150 years.” Those that died included 33 people who were on the Conception as part of a scuba diving trip and one crew member. The captain and five crew members survived the incident.

Now, family members of the victims of this tragic accident are bringing wrongful death claims against the boat owner and captain for their losses. The claims allege negligence on the part of the boat owner, Truth Aquatics, for several reasons. First, because there were only two exits for passengers in the lower deck to get out. Second, because the fire was likely caused by a faulty lithium ion rechargeable battery, used to charge diving equipment--a similar battery had caught on fire in one of Truth Aquatics other ships, so they should have known of the battery fire danger.

The suits also name the Captain as a defendant--a report from the National Transportation Safety Board found that the Captain and all crew members were sleeping when the fire started. The cases allege this was a “deadly breach of federal law, which requires at least one person awake and on patrol around the clock.”

If the Captain and Truth Aquatics are found liable for the deaths of the 34 victims in this horrible accident, they will be responsible for covering the costs of damages (or losses) suffered by the families in this case. Oftentimes, in a wrongful death case it is hard to determine who to bring the case against--in this situation, the case is brought against not only the Captain, but the owner of the boat as well. This is because the owner may also be negligent, the owner can be held responsible for the actions of their employees, and also, because the owner and their insurance carrier may have more funds and insurance coverage than the Captain, which would be necessary to cover the damages in a case like this.

If you have lost a loved one in an accident due to the fault of another person or party, you should reach out to the skilled Southern California wrongful death attorneys at the Kann California Law Group. We can help you determine who you should bring your case against, so it is brought against the proper parties. A wrongful death suit certainly cannot even begin to repay these families for their losses, but it can help them financially as they strive to face the future. Family members that bring wrongful death claims can receive compensation for:

No one should have to lose a loved one due to the negligent or wrongful acts of another, and if this does happen, you deserve to be compensated. Our skilled attorneys at the Kann California Law Group can talk to you about your situation during a free case consultation and help you understand how to proceed with your wrongful death claim. Contact us at  (888) 744-7730 or use our convenient, confidential online contact form for your consultation today.