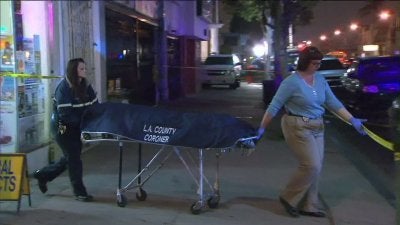 On April 18, 2016, a 54-year-old man was sentenced to life in prison[1] without parole for fatally strangling a vitamin store clerk during a robbery in Huntington Park. The defendant was also sentenced to an additional 200 years to life after jurors found him guilty in a number of additional robberies, and one count each of first-degree murder and false imprisonment by violence according to the Los Angeles County District Attorney's Office.

On March 15, 2012, the defendant entered a vitamin store on East Florence Avenue where he bound and gagged store clerk Veronica Hurtado Reyes, before he robbed the business, according to a news release from the DA's office in 2012. The 39-year old victim ultimately died from strangulation, according to Deputy DA Steven Schreiner.

In Los Angeles County, false imprisonment prohibits wrongful restraining, confining or detaining a person without that person's consent (Penal Code § 236).  False imprisonment can occur when someone transports another person in a car, against their will, usually during an argument after the person asks to be let out of the car. False imprisonment can also happen when one person holds the arm or arms or another and does not let go of the person, such as during a domestic violence situation or during a sex offense meaning that false imprisonment can be charged when the restraint, confinement, or detention lasts for only a very short time.

If you or someone you love is charged with false imprisonment, it is important to contact a Santa Clarita criminal defense attorney as soon as possible. Contact the Kann California Defense Group today for a free consultation. Call our toll-free number 888-744-7730 today.