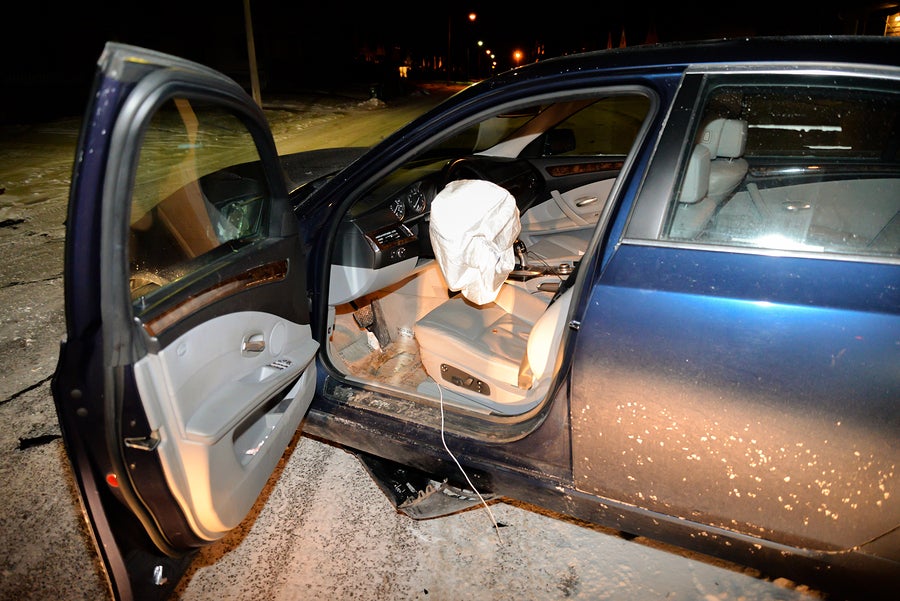 Last month, three teens from Las Vegas were killed by a drunk driver, and another seriously injured, while visiting Southern California for spring break. The driver, Bani Duarte from San Clemente, was originally arrested for driving under the influence, but then released on bail after the accident. However, Duarte was arrested again this week after Police received a tip she was going to try to flee the country to avoid criminal charges.

According to CBS News, the accident that killed the three teens, Dylan Mack, A.J. Rossi, and Brooke Hawley, and severely burned a fourth friend, occurred in Huntington Beach on the Pacific Coast Highway. The four friends were stopped at a stop light when Duarte crashed into their car. The car erupted into flames, killing three teens at the scene. The fourth friend was burned but survived. Ms. Duarte pleaded not guilty to murder and DUI charges, but is now facing more than 50 years in prison for her alleged actions.

When a DUI results in the death of another person, the criminal penalties are severe. Often, a person who kills another while driving while intoxicated faces charges of Vehicular Manslaughter. California Penal Code Section 191.5 defines vehicular manslaughter while intoxicated as “the unlawful killing of a human being without malice aforethought, in the driving of a vehicle …” However, a charge for vehicular manslaughter can be enhanced to murder depending on the facts of the case. See our page on California DUI Law.

Proving murder is a high standard, as it requires proving the killing of another person with “malice aforethought.” This means the killing was premeditated or that "with wanton disregard for human life, [a person commits an] act that involves a high degree of probability that it will result in death." Therefore, even if the killing is accidental, a person who kills another while DUI could be facing more serious charges based on if they have a history of DUI accidents, the number of victims, if they were acting in a way that totally disregarded the safety of others.

Ultimately, any DUI charge can be serious. If you have been accused of DUI, especially if it resulted in another person getting harmed, it is crucial to speak with an experienced Southern California criminal defense attorney. These charges carry life changing consequences, so it is important to have an attorney navigate your case and help you achieve the best defense available. If you are facing criminal penalties following a DUI incident, contact The Kann California Defense Group by dialing (888) 744-7730 or fill out our free confidential contact form and we will contact you immediately. Your consultation is free and comprehensive.