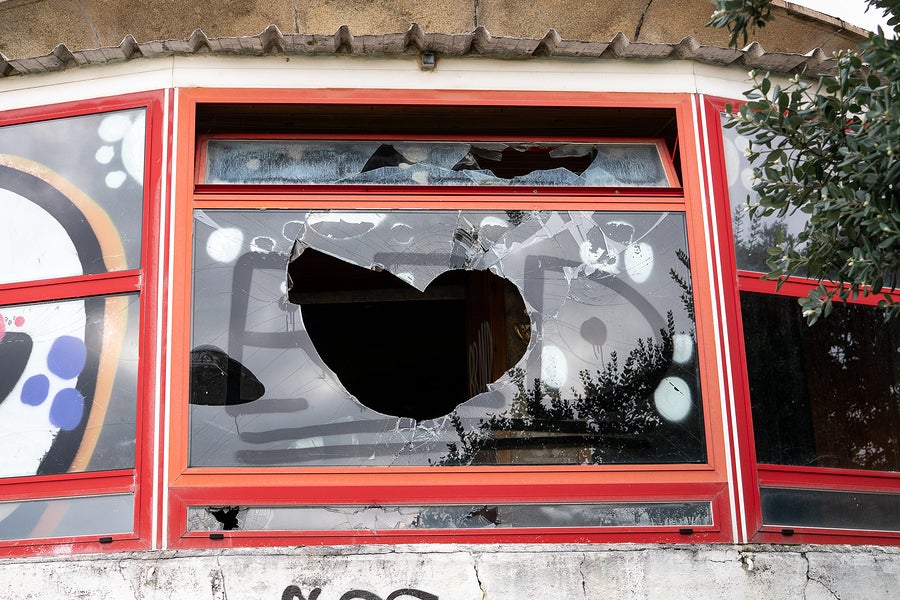 The vandalism defense attorneys at the Kann California Defense Group have learned that a 58-year-old man was arrested and booked for allegedly vandalizing a landmark Roman Catholic church in North Hollywood. Additionally, charges were pressed for burglary and arson as the vandal entered the church without permission and attempted to start it on fire.

According to NBC Los Angeles News, Russel Congleton, forced his way through the double doors leading into the church around 5:00 in the morning. He unsuccessfully attempted to start a fire and then turned to vandalizing the church. Police reported Congleton allegedly “smashed stained glass windows and damaged religious statues, books, candles and holders and spread holy oils throughout the church.”

As he left the church, Congleton reportedly vandalized five nearby vehicles by smashing the windows.  Police arrested Congleton and he was taken to the Van Nuys jail. Bail was set at $46,000.

California Penal Code 594 describes vandalism as “maliciously” defacing with graffiti, damaging, or destroying any real or personal property that is not your own. The punishment for vandalism in California depends on the amount of damage done—the dollar value is calculated, and the vandal is punished accordingly. If the damage is more than $400, it is a wobbler, meaning it can be charged as a misdemeanor or felony. Jail time of 1-3 years and fines of up to $10,000 (or more depending on the damage) are possible consequences.

A conviction for a crime like vandalism and the resulting consequences, is something that can follow you for the rest of your life. The experienced criminal defense team at the Kann California Defense Group can offer you a free consultation to explain the charges you may be facing and help you fully understand their ramifications. Call our office today at (888) 744-7730 to get the help you deserve.