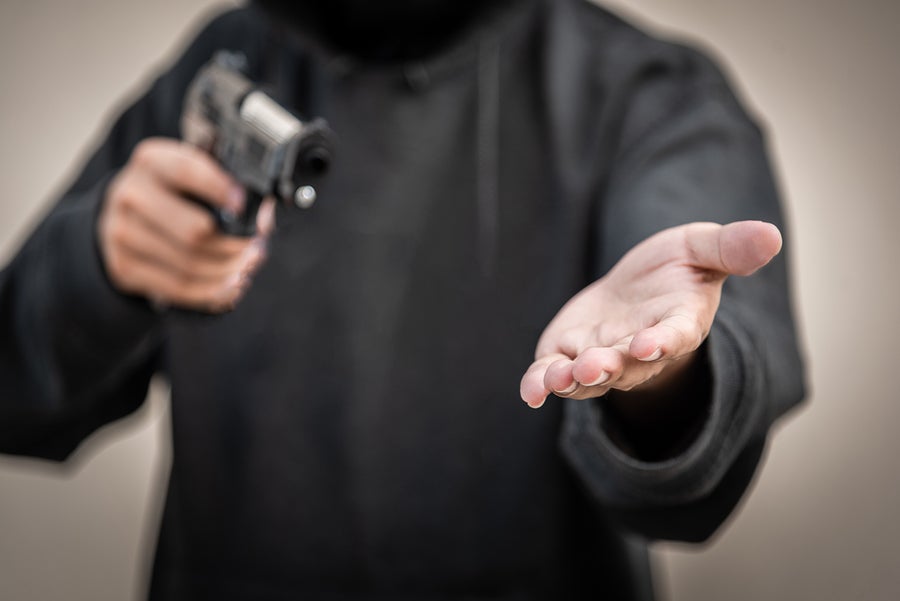 A 24-year-old man was recently arrested after he was accused of robbery at a WinCo store in Apple Valley. Police report that the incident began when the man walked into the store with a 21-year-old woman carrying a 6-month-old baby in a baby carrier. The man and woman allegedly put items from the store into the baby carrier and attempted to leave the store without paying.

What began as shoplifting quickly turned into a robbery situation—apparently, when store security tried to stop the man and woman from leaving the store with the unpaid items, the male suspect pulled out a gun and fired multiple shots. Security officers were able to disarm him and detain him until police arrived.

The woman attempted to flee with the baby but was also detained. ABC News 7 reports that no one was harmed by the fired bullets. Now, among other charges, the man and woman are facing robbery charges.

While shoplifting is considered a petty theft and misdemeanor in California, robbery is a felony offense covered under California Penal Code 211. Robbery is defined as the taking of somebody else's property from their body or immediate possession by means of force or fear. The use of a deadly weapon like a gun during the crime can result in additional jail time. In this case, because the suspect pulled out a gun, the charge became robbery. Robbery is a serious charge and if convicted, a defendant can face consequences including a “strike” on their record, a ban on gun possession, and lengthy prison sentences.

Being accused of robbery means facing life changing consequences and should not be taken lightly. The skilled robbery defense lawyers at the Kann California Defense Group have a legal team ready to fight for you. We are dedicated to building a strong defense for your case so you receive the best possible outcome. Contact us online or call us at 888-744-7730 to schedule a free consultation to discuss your case.