Assault With a Deadly Weapon 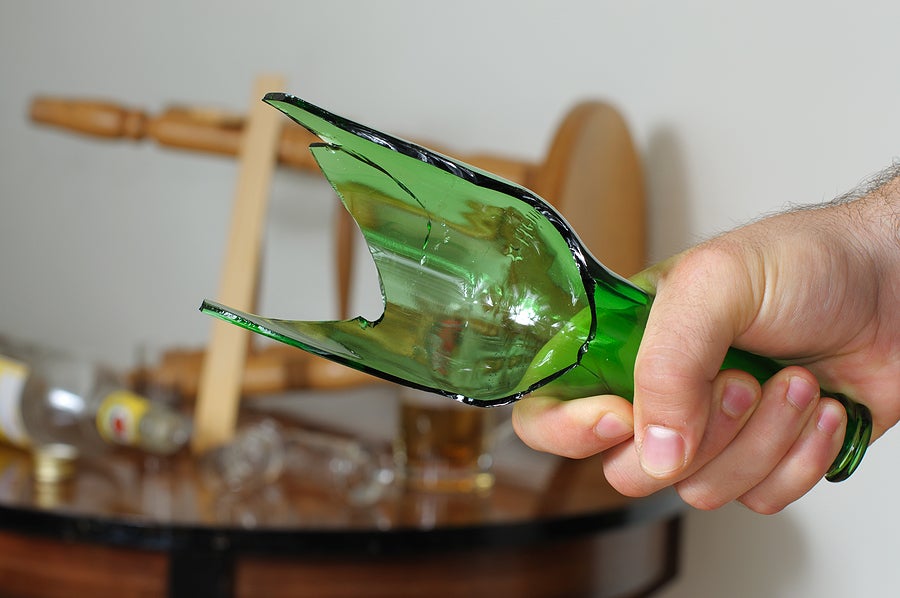 California Penal Code 245 PC defines an assault with a deadly weapon as a crime where a person attacks, or attempts to attack, another person with a deadly instrument or weapon other than a firearm, or by means of such force that is likely to cause bodily harm.

Assault with a deadly weapon is commonly known as ADW or aggravated assault. An aggravated assault charge can be a felony or a misdemeanor, carrying a jail sentence of up to 4 years or a fine of up to ten thousand dollars, or both. The use of a firearm in carrying out an assault invites more severe penalties.

Definition of a Deadly Weapon

The law defines a deadly weapon as any object that can cause grievous bodily harm or lead to the death of a person. Any object, be it an empty liquor bottle, a sharp pencil, or even a shoe, can qualify as a deadly weapon if used with force and with an intent to cause bodily injury.

Generally, an assault with a deadly weapon is a felony charge. However, the prosecution takes the circumstances of the case into account and then decides whether to file it as a felony or a misdemeanor.

This is known as a wobbler offense in legal jargon. This basically means that a prosecutor has the choice to charge it either as a felony or a misdemeanor. Establishing the following three points is essential for the prosecution's decision:

For an aggravated assault conviction, the prosecution needs to prove that the defendant carried out an assault with a deadly weapon likely to cause bodily harm.

It is important to note that the charge of assault With a Deadly Weapon charged as a felony falls under California's Three Strikes Law and as a Third Strike this charge can cary up to 25 years to life in state prison.

Defenses Against Assault with a Deadly Weapon

Often, innocent people face charges of aggravated assault as the accusers may exaggerate the facts and circumstances of an altercation even if it was an act of self-defense. Because an alleged victim does not necessarily need to sustain injuries for someone to be charged with aggravated assault, such accusations my lead to false charges and arrests.

Some of the common defenses against ADW charges are:

Are You Charged with an ADW in California?

There is a marked difference between a misdemeanor conviction and a felony conviction in an Assault with a Deadly Weapon case. A felony conviction can lead to a possible four-year prison sentence in state prison or 25 years to life if it is a Third Strike as discussed above.

If you are facing charges for a serious criminal offense, the experienced criminal defense attorneys at the Kann California Law Group can represent you in Ventura, Santa Clarita, Los Angeles, Encino, Pasadena, and many other Southern California cities. We can help you secure the best possible outcome with a well-planned defense strategy. Call us today at 888-744-7730 or contact us online to schedule a free and confidential case consultation.