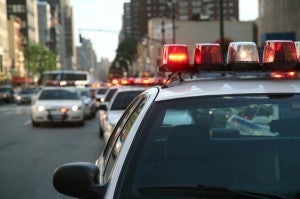 According to a report by The Ventura County Star, on October 31, Camarillo police arrested a man on suspicion of residential burglary.

Police officials stated that they received a report of suspicious behavior in the 700 block of Treuno Avenue on the early morning of the last day of October. Witnesses allegedly saw a stranger peer through the windows of homes in the area.

One female resident told officers that her home had been burglarized. An investigation of the area yielded a backpack full of supposedly stolen property.

Police suspected a certain 32-year-old male individual. They conducted a warrant-supported search of his home and allegedly discovered stolen items.

The suspect may possibly face multiple counts of residential burglary, possession of burglary tools, and being under the influence of a controlled substance while in possession of a firearm.

At the time of the report, he was being held at Ventura County jail. His bail was set at $50,000.

California Penal Code Section 459 states: “Every person who enters any house, room, apartment, tenement … with intent to commit grant or petit larceny or any felony is guilty of burglary.” Standard penalties for a burglary conviction include a prison sentence of two, four, or six years and a fine that can go up to five figures. Additionally, residential burglary is considered a strike offense, and if a person with two prior strikes on his or her criminal record is convicted with this crime, he or she may face life imprisonment.

The dependable Los Angeles theft crime defense attorneys at The Law Offices of Daniel E. Kann have reached satisfactory case outcomes for many clients with theft charges. Through years and years of practice in criminal law, we've familiarized ourselves with the most effective defensive strategies and can use them to help you overcome the obstacles your burglary or other theft-related charges present. For a free, informative consultation, call us today at (888) 744-7730.