Holiday Season Brings Double the Amount of Burglaries to Ventura

Ventura police are alerting residents of a sudden increase in the amount of burglaries in the city. According to The Ventura County Star, residential burglaries doubled during the week spanning from December 31 to January 6.

Authorities stated that the area commonly sees an average of nine burglaries per week, but this jumped to 18 during the examined week. While police have stated that this is lower than previous years, the holiday season typically brings an increase in the amount of burglaries. Police stated that the burglaries were committed by entering through unlocked or open garages, doors, and windows, but some involved the use of force to break in. Commonly, these burglaries occurred during the day while residents were away, often going door to door to find out if people were home. 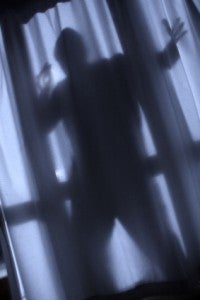 Oxnard officials have stated that thefts from vehicles have also risen in the recent past, but burglary statistics were unknown.

California Penal Code 459 defines burglary as entering any building with the intent to commit grand or petty theft or any felony crime. Should this building be an inhabited dwelling place, such as a home, it is charged as first degree burglary, which is punishable by two, four, or six years in prison under Penal Code 461. If it is not inhabited, then it is second degree burglary and punishable by up to one year in jail.

If you or a loved one has been accused of burglary or other theft crimes, the Ventura burglary defense attorneys at The Law Offices of Daniel E. Kann can provide you with a free consultation on your case to fully understand what charges you are facing. With years of successful experience, our legal team has the ability to aid you in any way necessary in your criminal case. Contact us at (805) 290-4932 for more information on your case.