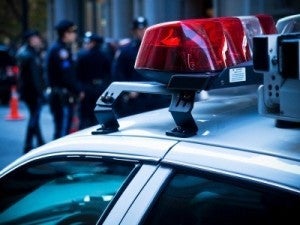 Investigation into the homicide of a 41-year-old Fillmore man has led to the arrest of a 30-year-old man who was already in jail for a drug crime charge. The man, also a Fillmore resident, is charged with fatally shooting the chiropractor on August 9, according to The Ventura County Star.

The man was shot several times around 9:45 pm and died of a gunshot to the head in front of a Fillmore residence, prompting authorities to search the neighborhood throughout the night. Later that same night, the suspect was arrested for an unrelated charge of being under the influence of a controlled substance. As homicide detectives continued investigating the case, they found undisclosed evidence that linked the man to the homicide.

Currently, the relationship between the two men and the motive for the shooting is unknown, although police have ruled out gang-related causes. The suspect is being held on $765,000 bail and has a criminal record of petty theft, assault with a deadly weapon, and drug-related offenses.

While formal charges for this case have not been revealed, homicide is split into several categories under California law. California Penal Code 187 defines murder as “the unlawful killing of a human being, or a fetus, with malice aforethought.” Intentional and premeditated homicide is ruled first degree murder, punishable by life imprisonment, imprisonment for 25 years to life, or the death penalty under Penal Code 190. Second degree murder is punishable by 15 years to life in prison.

Any form of homicide charge in California can have devastating effects on the life of a defendant upon conviction. If you or a loved one is facing such charges, seek out the experienced representation of a Fillmore homicide defense attorney at The Law Offices of Daniel E. Kann. We work to have charges reduced or completely dismissed in order to spare our clients from unfair penalties in order to move forward with their lives. For more information on how we may be able to help you, call us at (805) 290-4932.