Port Hueneme Police recently revealed that they conducted a special operation to combat the sale of illegal synthetic drugs, including bath salts, within the city. The operation involved undercover police officers searching 11 tobacco shops and convenient stores for synthetic drugs, according to a Ventura County Star report. 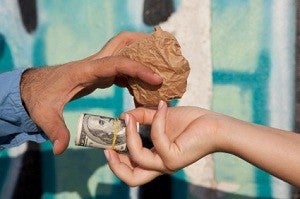 Five of the 11 targeted stores sold synthetic drugs to undercover officers, either bath salts or “spice,” a type of synthetic marijuana. Workers who sold the drugs were cited by police and the drugs were seized from the locations under laws deeming the substances as illegal, which have been in effect since January. The department stated that they plan on conducting more operations similar to this one in the near future.

Bath salts are a synthetic stimulant that uses a mixture of legal chemicals to create an effect similar to amphetamines and cocaine. While President Obama instated a law in July that bans more than two dozen types of bath salt drugs, makers continually adjust the formula of the drug to stay ahead of the law. Synthetic marijuana, often known as spice or K-2, is made of natural herbs that are sprayed with chemicals to cause the same effect as marijuana.

The Port Hueneme drug crime defense lawyers at The Law Offices of Daniel E. Kann have dedicated their careers to protecting clients from all manner of drug-related charges. To learn more about how we may be able to defend you in your case, call (805) 290-4932.