The National Transportation Safety Board (NTSB) is recommending that the current drunk driving blood alcohol threshold be lowered from its current 0.08 level to 0.05 or less. The NTSB said the goal is to lower alcohol-related crashes that have maintained a steady pace for the past 15 years. 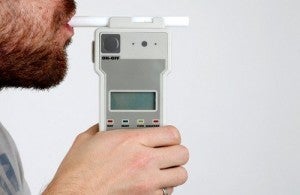 In a 5-0 vote, the board urged the change, claiming that the European Union has lowered its drunk driving blood alcohol limit to 0.05 with great success and that in comparison, the United States is falling behind in cutting drunken driving fatalities.

Since the 0.08 limit was first adopted by Utah 30 years ago, alcohol-related traffic fatalities have been nearly halved. As late as 2004, not all states had adopted the 0.08 blood alcohol threshold. In 2000, 31 states still had a 0.10 limit. While the NTSB had (and still has) no power to mandate a new alcohol blood limit, Congress pressured states to adopt the 0.08 threshold by authorizing the Department of Transportation to withhold highway funding to any states that did not comply with the lower limit.

While drunken driving fatalities have dropped substantially during the past few decades, the percentage of alcohol-related vehicle fatalities has pretty much held steady since the 1990's at 30 percent. Approximately 10,000 people in the U.S. still die in alcohol-related accidents each year.

Not everybody agrees with the proposed lowering of the blood alcohol standard. The managing director of the National Beverage Institute called the proposal “ludicrous”

“Further restricting the moderate consumption of alcohol by responsible adults prior to driving does nothing to stop hardcore drunk drivers from getting behind the wheel,” she said in a statement.

Drunk driving defense attorney Daniel E. Kann will be keeping a close eye on this development as it proceeds. If you have been accused of driving under the influence of alcohol, it is essential that you seek the legal services that the Law Offices of Daniel E. Kann in Ventura can provide. California DUI penalties are some of the strictest in the nation.

Call us at (888) 744-7730 or contact us online today for a free review of your case. Let us work with you to adopt a legal defense strategy designed to get you the best outcome possible.