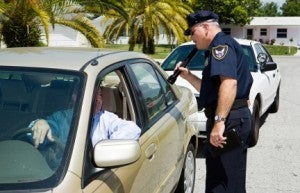 According to a report by Ventura County Star, Ventura Police arrested one driver on suspicion of driving under the influence (DUI) at a checkpoint. His blood alcohol level was allegedly twice the legal limit.

Two checkpoints were set up at 9 p.m. on September 27. They progressed into early morning the next day. One checkpoint was located at Main Street near Dos Caminos Avenue. The other checkpoint was conducted at Harbor Boulevard south of Schooner Drive.

Although there was only one DUI arrest, police cited many other drivers for various violations, including driving without a license, driving with a suspended license, and possession of marijuana inside a vehicle. A total of five vehicles were impounded during the night.

Under California Vehicle Code Section 23152(b), it is illegal to operate a motor vehicle with a blood alcohol content (BAC) of 0.08 percent or higher. Prosecutors will usually use the results of chemical tests to establish BAC in court. These tests may include blood tests, breath tests, and even urine tests. Under California Vehicle Code Section 23612, also known as the California Implied Consent Law, DUI suspects must submit themselves to a chemical test. Refusal may result in enhanced penalties in the case of a conviction.

If you are currently facing DUI charges, it is absolutely essential that you get in touch with an experienced California DUI defense attorney. At The Law Offices of Daniel E. Kann, our knowledge and experience allows us to formulate effective defense strategies for our clients. We will work hard to pick apart the prosecution's argument, give you the advantage in court, and achieve reduced penalties or even an acquittal. Call us today at (888) 744-7730 for a free consultation.