Police in Thousand Oaks recently arrested eight suspects who are believed to be gang members due to connection to two gang-related crimes, which occurred on April 21 and 29. Five of the suspects, ranging in age from 18 to 25 years old, were arrested on suspicion of assault with a deadly weapon and participating in a criminal street gang, according to The Ventura County Star. A 21-year-old and a juvenile were arrested for robbery and criminal street gang participation and a 24-year-old was arrested for possessing a controlled substance and being under the influence of a controlled substance.

The adults who were arrested were booked into Ventura County jail, while those under 18 years of age were taken to Juvenile Hall. Police have not disclosed what gang the suspects are affiliated with or what the circumstances of the crimes were. 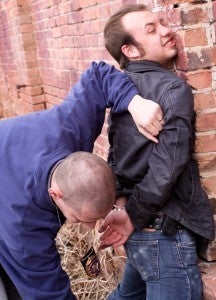 Being charged with participating in a criminal street gang in and of itself is a “wobbler” under California law and can be charged as a misdemeanor or felony. Additionally, any subsequent crimes found to be in connection with a gang are subject to sentencing enhancements. California Penal Code Section 186.22 states that anyone who participates in criminal street gang activity and “who willfully promotes, furthers, or assists in any felonious criminal conduct by members of that gang” can be sentenced to a maximum of one year for a misdemeanor conviction or 16 months, two years, or three years if it is a felony.

Gang-related sentencing enhancements are dependent upon the type of crime that was allegedly committed. Common examples include felony home invasion robbery and carjacking, which is punishable by 15 years in prison, and gang-related extortion and threats to witnesses, both subject to seven years in prison.

If you are facing any type of gang-related criminal charges, Thousand Oaks gang crime attorney Daniel E. Kann has the skills and years of experience to successfully represent you in court. At the Law Offices of Daniel E. Kann, our legal team is dedicated to protecting the rights of defendants across Southern California and can apply their years of success to your case. For more information on how we may be of assistance to you, call us today at (805) 290-4932.