Ventura Police have arrested a 19-year-old man from Saticoy in connection with a shooting and hit-and-run that occurred on the night of April 21 in Ventura. According to ABC 7, the police received several calls on the night of the incident concerning shots being fired on the 1500 block of South Saticoy Street, and later police found spent shells and several cars affected by a hit-and-run crash. 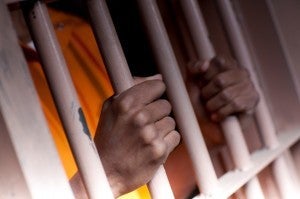 Ventura police investigated the scene of the crime and believe the man was shooting at a group of gang members, and then struck several vehicles as he drove away from the crime. The suspect was arrested at his home after calls informed the police of the car's whereabouts. Police were given a search warrant for the suspect's home and impounded the vehicle suspected to be involved in the incident. The man has been charged with commission of a gang-related felony, conspiracy to commit a felony, multiple counts of hit-and-run, and negligently discharging a firearm. It is currently unknown if there were any injuries that resulted from the crime.

Under California Penal Code Section 186.22, “Any person who actively participates in any criminal street gang with knowledge that its members engage in or have engaged in a pattern of criminal gang activity, and who willfully promotes, furthers, or assists in any felonious criminal conduct by members of that gang, shall be punished by imprisonment in a county jail for a period not to exceed one year, or by imprisonment in the state prison for 16 months, or two or three years.”

Being charged with gang related crimes not only makes possible sentences more harsh, but it can also have lasting effects on many aspects of a person's life beyond prison. For skilled legal representation in your criminal case, call a Ventura gang crime defense lawyer at the Law Offices of Daniel E. Kann today at (805) 290-4932.