A teenager from Santa Paula was arrested on suspicion of assault with a deadly weapon in Ventura on September 5 for allegedly beating two other teenagers. The incident reportedly occurred when the 16-year-old attacked two different teenage boys with brass knuckles, as reported by The Ventura County Star. 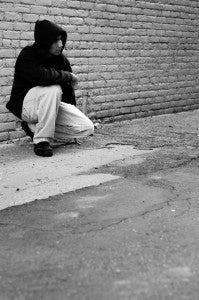 According to reports, a large group of people surrounded two teens as one of them, a 16-year-old, was beaten by a teen wearing brass knuckles. A 17-year-old pulled the two apart and then chased the attacker until they fought, which resulted in the 17-year -old being hit with the brass knuckles as well and the teen fleeing the scene.

Police were called to the scene and shortly thereafter found the suspect. He was arrested and the two teens involved in the attack were treated for non-life-threatening injuries.

Under California Penal Code Section 245(a)(1), committing an assault on another person with a deadly weapon that is not a firearm is punished by two, three, or four years in prison upon a felony conviction or up to one year in jail and/or a $10,000 fine for a misdemeanor conviction. As a felony, Penal Code Section 245(a)(1) falls under California's Three Strikes law. Upon conviction of a third strike, a defendant can be sentenced to state prison for 25 years to life. A deadly weapon is any weapon which can kill, but does not need to be originally designed with the intention to do harm. Deadly weapons include guns, knives, baseball bats, brass knuckles, cars, monkey wrenches, and even rocks.

If your child is facing charges, Santa Paula juvenile defense attorney Daniel E. Kann has the skills and experience needed to defend him or her from charges that could permanently affect their future, even well into adulthood. For more information on how The Law Offices of Daniel E. Kann may be able to help you, call (805) 290-4932.