Oxnard Man Convicted of Lewd Conduct Lasting from 1998 through 2009

A guilty verdict handed down on August 14 of two counts of aggravated sexual assault of a child and lewd acts with a child have a 38-year-old man from Oxnard now facing a possibility of 15 years to life in prison. The lengthy penalties are due to the crimes targeting multiple victims, according to The Ventura County Star. 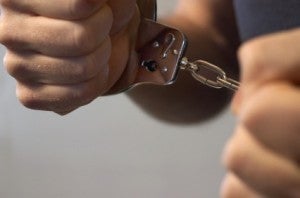 The man's Oxnard sex crimes allegedly targeted two children who knew the defendant. The sexual abuse began in 1998 and lasted through 2009, with one victim who was allegedly abused from age six through 14 while the other was victimized from age 13 through 15.

Under California Penal Code Section 288, “any person who willfully and lewdly commits any lewd or lascivious act … upon or with the body, or any part or member thereof, of a child who is under the age of 14 years, with the intent of arousing, appealing to, or gratifying the lust, passions, or sexual desires of that person or the child, is guilty of a felony.”This is punishable by three, six, or eight years in state prison for one count of the crime. If use of force, violence, or fear is used in commission of the act, then imprisonment is increased to five, eight, or 10 years.

If you are facing sex crime charges, the aid of an experienced Oxnard lewd conduct defense attorney is invaluable in having charges and possible penalties reduced or possibly dismissed completely. Daniel E. Kann and the entire legal team at The Law Offices of Daniel E. Kann are dedicated to providing each client with the representation they deserve. For more information on how we may be able to assist you in your case, contact our offices at (805) 290-4932.