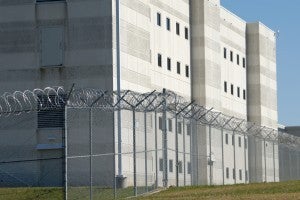 An Oxnard woman accused of first degree murder in the shooting death of her husband in their Oxnard home, has agreed to a 60-day waiver of her “speedy-trial” rights and is slated to be tried in a Ventura County courtroom on Sept. 17.

The 55-year-old woman was the wife of a 1984 Olympic bronze metal shot putter who worked as the athletic director at Hueneme High School. The district attorney's office accused the woman of a callous and deliberate slaying after she shot her husband four times at close range. The prosecution alleges she tried to conceal her role in the death of her husband.

The woman's defense attorney contends that the shooting was in self-defense and that his client's husband was an abusive alcoholic who used racial slurs when referring to their adopted son and threatened to kill him. He claims that domestic abuse was a common theme in the marriage.

The crime took place in 2009, but the trial was postponed in Oct 2012 when the prosecutor on the case left the district attorney's office for private practice. According to the Ventura County Star, it is common for Ventura County defendant's to waive their speedy trial rights, which requires that a court date be set within 60 days of arraignment.

For a defendant to by found guilty of first-degree murder in California it must be proven that the person killed another person with malice aforethought and the killing was “willful, deliberate and premeditated.” California Penal Code 189 also describes first-degree murder as a murder committed during the commission of several different premeditated felonies, including burglary, rape and arson.

Those convicted of first-degree murder in California can face life in prison without the possibility of parole and the death penalty.

The most severe penalties are reserved for first-degree murder convictions. That's why the murder defense attorneys at the Law Offices of Daniel E. Kann in Ventura do whatever it takes to defend their client's rights and to employ a defense strategy designed to get them acquitted of the crime. If you or a loved one is facing a potential capital case, you need our help.