Fillmore Police Department officers arrested two city residents on October 21 due to various alleged probation violations after searching their homes. Police arrived at the two separate homes for regular probation searches and arrested the men without incident for suspected criminal activity, as reported by The Ventura County Star. 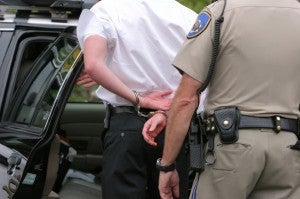 The first man was arrested in his home in the 100 block of Cook Drive when investigating officers found a shotgun and ammunition on the premises. The suspect is a narcotics registrant; as such, he was arrested on charges for a felon in possession of a firearm. The suspect was booked at the Ventura County Jail Pre-Trial Detention Facility.

The second man was arrested on an outstanding warrant for a misdemeanor domestic violence charge. The suspect was also booked into the Ventura County Jail Pre-Trial Facility.

California Penal Code Section 29800 states that anyone who has been convicted of a felony crime is committing a felony if he or she purchases, owns, receives, or possesses a firearm. A conviction can result in a defendant being sentenced to 16 months, two years, or three years in California State Prison, up to $10,000 in fines, and forfeiture of the weapon.

If you or a loved one is facing charges that would violate probation, you need the assistance of the experienced legal team at The Law Offices of Daniel E. Kann. Fillmore probation violation defense attorney Daniel E. Kann has the resources and knowledge to defend you against charges that would have a devastating toll on your life. To learn more about the charges you face and how we may be able to defend you, call (805) 290-4932.