The robbery defense attorneys at the Law Offices of Daniel E. Kann have learned that a 34-year-old man was recently arrested after he was accused of robbing a gas station in the 900 block of South Seaward Avenue in Ventura. 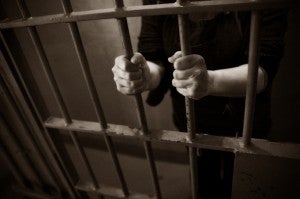 Ventura Police report that the man allegedly walked into the gas station, pulled out a box cutter, and threatened the clerk. The clerk stated that he was terrified and emptied the contents of the cash register into a paper bag. It was not disclosed how much money was stolen. According to the police report, the suspect then fled to a local shopping center.

The suspect was later located at Beachmont Street and Seashell Avenue, and was arrested and put in the Ventura County Jail for suspicion of robbery.

The Ventura County Star reports that nobody was harmed during the alleged crime.

Robbery is a felony offense covered under California Penal Code 211 PC. It is described as the taking of somebody else's property from their body or immediate possession by means of force or fear. Robbery is a very serious charge and if convicted, a defendant faces a “strike” on their record, a lifetime ban on gun possession, and a prison sentence of two to nine years in state prison. Use of a deadly weapon during the crime can result in additional jail time.

Being accused of committing a robbery can lead to serious consequences and should not be taken lightly. The knowledgeable Ventura robbery defense lawyers at the Law Offices of Daniel E. Kann believe that you need a legal team to fight for you when facing charges that may adversely affect your future. We are dedicated to building a strong defense case so you receive the best possible outcome.