Man Arrested for Sexual Assault of Elderly Woman in Moorpark

Officers from the Ventura County Sherriff's Department recently arrested a man suspected of sexually assaulting an elderly woman in Moorpark. According to a report by The Ventura County Star, the man and the woman knew each other, but their relationship was not disclosed to the public at the time. 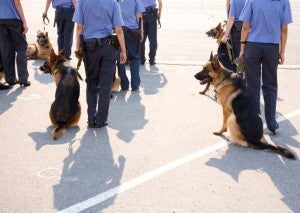 After receiving a call concerning a sexual assault in Moorpark near the Valley Road area, police pursued the suspect. Although police used search dogs and a helicopter in their chase, they did not initially find the 40-year-old suspect from Moorpark, but did later find him in Simi Valley. The man has been charged with attempted rape and elder abuse and is being held on $1 million bail in Ventura County jail.

The woman was not seriously injured and did not need to be taken to the hospital.

Rape is defined under California Penal Code Section 261 as sexual intercourse with a victim against his or her will, while they are unconscious or drugged, if they are mentally incapable of consent, or they were not aware of the act. This is punishable by three, six, or eight years in state prison, with an additional three to five years imprisonment if the victim has suffered great bodily injury. Convicted defendants may also have to pay up to $10,000 in fines and register as a sex offender.

Moorpark rape defense attorney Daniel E. Kann and the entire legal team at The Law Offices of Daniel E. Kann are dedicated to providing each client the skilled representation they deserve in court. To learn more about how we can defend your rights and protect you from life-altering penalties, call us today at (805) 290-4932.