A September 25 police chase through an Oxnard neighborhood resulted in the arrest of a suspect with charges of burglary, witness intimidation, and other charges for threatening residents of several homes. According to The Ventura County Star, the incident began when police responded to a report concerning a suspected burglary in progress.

Oxnard Police officers chased the suspect from the home and through the neighborhood. According to witnesses, the man attempted to enter another home and then took a resident's cell phone in order to prevent police from being called. 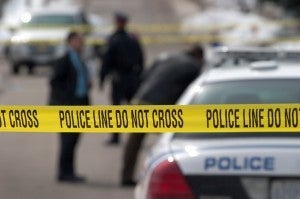 The suspect allegedly took police on a foot chase through several backyards. Authorities have stated that the man entered two different homes during the chase, during which he threatened and committed battery of witnesses to prevent calls to the police. The man has been booked into Ventura County jail, although police have not stated how many counts have been officially charged.

Intimidating, battering, or otherwise knowingly preventing a witness from giving testimony or alerting police can be charged as a felony crime, which is punishable by two, three, or four years in prison under California Penal Code Section 136.1. The act must be proven to have been committed knowingly and maliciously.

Oxnard burglary defense lawyer Daniel E. Kann has dedicated his career to defending the rights of clients facing harsh charges that can permanently affect their lives. For more information on how the legal team at the Law Offices of Daniel E. Kann may be able to defend you in your case, contact us at (805) 290-4932.