Officials from the Ventura County Sheriff's Office report that they arrested a 28-year-old Santa Paula man after a routine stop for a traffic violation revealed that the suspect had a loaded semi-automatic handgun and ammunition in his vehicle. 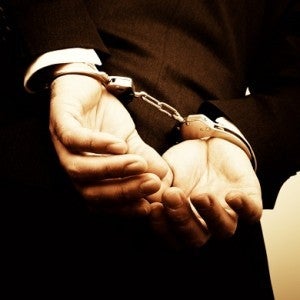 According to The Ventura County Star, deputies checked the record of the handgun and determined that the man was not the legal owner. He was then arrested on charges of carrying a loaded, concealed firearm and a knife.

A Camarillo special enforcement detail later confirmed that the handgun had been stolen in 2008. Officers then served a search warrant at the suspect's Santa Paula home where they found marijuana and cocaine, as well as more ammunition and two firearms. At the Ventura County Jail, where he is being held, he was additionally charged with possession of stolen property and possession of a controlled substance for sale.

Under California Penal Code 496, a person can be charged for selling, receiving, concealing, or withholding property that they know has been stolen. Possession of narcotics is a crime in California, but possession of a controlled substance with intent to sell is an even more serious crime, as outlined by California Health and Safety Code 11351 HS.

For years, attorney Daniel E. Kann and the legal team at The Law Offices of Daniel E. Kann in Ventura County have been helping clients battle unfair and unduly harsh criminal charges. Our legal defense team will fight for the best results in your case to see that justice is served and your rights are protected.

For more information about what we can do for you, call us at (805) 290-4932 for a complimentary consultation.