A 65-year-old man from Fairfield, Alabama was recently extradited to Oxnard and booked into Ventura County Jail for charges surrounding the killing of a 15-year-old girl in 1980. The man was arrested in September, but only recently taken to Oxnard after losing his fight against extradition, as reported by The Ventura County Star.

Police arrested the man in connection to the apparent murder of an Oxnard girl 32 years ago who was fatally beaten and stabbed. The Ventura County Cold Case Task Force allegedly matched the suspect's DNA to evidence that was collected at the scene of the crime, with the man's DNA being obtained after he was arrested for a separate crime outside California. 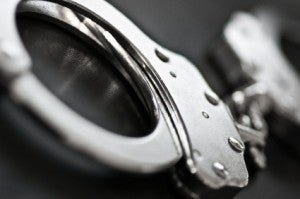 Currently, the suspect faces the charge of murder during the commission of a rape, as well as rape charges. If convicted, he faces life in prison without parole or possibly the death penalty; however, the district attorney has not revealed whether the death penalty will be sought.

California Penal Code Section 190 defines first degree murder as the only homicide crime punishable by the death penalty, but it can also be penalized by life imprisonment without parole or 25 years to life in prison.

Oxnard homicide defense lawyer Daniel E. Kann has dedicated his career to providing clients with the best possible defense in order to preserve their rights and hopes for the future. To learn more, contact The Law Offices of Daniel E. Kann today at (805) 290-4932.