Officers with the Ventura County Sheriff's Department recently arrested a 27-year-old Santa Paula woman on multiple counts of theft, burglary, and fraud. According to The Ventura County Star, a raid of her home led to detectives allegedly finding evidence pointing toward various identity theft schemes. 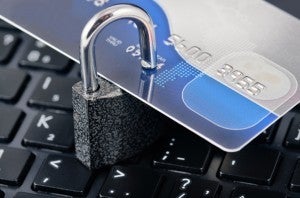 Police have not revealed why the woman's home was targeted for the raid or how much in losses her alleged identity theft crimes have caused. Officials have stated that the raid of the suspect's home, who was out on bail for an undisclosed reason from Santa Barbara, led to officials finding stolen property, credit cards, and various items used for identity theft. Her bail was set at $300,000.

An identity theft crime can be penalized by a multitude of charges and sentences as they often involve multiple illegal acts. These can include charges of petty theft, when the amount taken is less than $950, or grand theft, when the amount is more than $950, under California Penal Code Section 487. Additionally, charges of fraud can be brought against defendants who steal from victims by presenting themselves as someone other than who they truly are, under Penal Code Section 484.1.

If found guilty of the various charges, a defendant may spend years in prison and owe thousands of dollars in fines, as each penalty for the various crimes will be stacked on top of each other.

Santa Paula computer fraud attorney Daniel E. Kann understands the strict prosecution and potential penalties defendants face as authorities across the nation look to crack down hard on any potential identity theft crime. If you or a loved one is facing such charges, contact The Law Offices of Daniel E. Kann today for a free consultation on your case at (805) 290-4932.