A 33-year-old Santa Paula woman was recently arrested after being accused of embezzling tens of thousands of dollars from the historic Fillmore and Western Railway.

The Ventura County Star reports that the railway suspected the longtime employee of manipulating the payroll. Investigators looking into the allegations claimed that tens of thousands of dollars were embezzled, although authorities refused to reveal a specific amount. 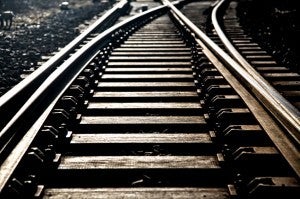 The woman was booked into Ventura County Jail, but was later released on $10,000 bail. A spokeswoman for the F&W railway refused to comment on the case, citing pending litigation.

The small railway is based in Fillmore and is known as the “Home of the Hollywood Movie Trains,” because a majority of the trains were purchased from the MGM, Paramount, and 20th Century Fox movie studios. According to its website, the railway still hosts special events and operates on a track owned by the Ventura County Transportation Commission. The F&W claims it has also been the site for hundreds of movie, television, and commercial photography shoots.

Embezzlement is covered under California Penal Code 503 PC and is defined as unlawfully taking something from another that has been entrusted to you. It differs from other kinds of theft, in that to be convicted of embezzlement the accused has to have taken something that he or she had the legal right to access or possess. This is why embezzlement frequently is connected with employees who have been entrusted with company funds or payrolls. If the amount taken was more than $65,000, a person accused of embezzlement can face an additional one-year sentence enhancement in California State Prison.

There are many ways to fight an embezzlement charge. Was there criminal intent? Were you falsely accused? Did you have a good faith belief that you were entitled to the property taken? The Santa Paula embezzlement defense lawyers at The Law Offices of Daniel E. Kann can offer you a free consultation to discuss your case and will work tirelessly to get the best outcome for you. When you need a solid legal defense team on your side, call our Ventura office at (805) 290-4932. We can also be contacted online.