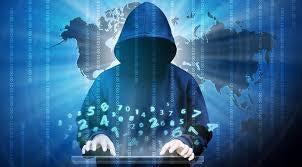 In the days before everyone had a smartphone and a laptop, local area stores, and malls were shut down on Thanksgiving and days called “Cyber Monday”[1] did not even exist.  But then people like Bill Gates, Steve Wozniak, and Steve Jobs made certain that most, if not all, California residents, not to mention a good portion of the rest of the world, have access to computer technology. Now holiday shoppers spend over three billion dollars on Cyber Monday, not to mention the billions spent during the rest of the holiday season. With shoppers everywhere using computers and cell phones to finish their online shopping, all Ventura and Los Angeles County residents should take steps to protect themselves from cybercrime, traditionally referred to as computer fraud. A couple of steps may include looking out for:

The state of California takes cybercrime very seriously. The Office of the Attorney General maintains an "Ecrime" unit that investigates and prosecutes large scale identity theft and technology crimes. The California Department of Justice developed the California Cyber Crime Center[4] known as C4.  The C4 center supports the Department of Justice as well as local law enforcement to investigate, prosecute and prevent cyber security crimes including:

Nationwide, California ranks first for the largest amount of losses associated with cybercrime. One United States Department of Justice study[5] concluded that the state of California lost $98,564,264.00 in 2015.The state of Florida was a distant second for the same year with $58,020,800 in losses. To minimize these escalating losses, federal and state officials are cracking down on those who commit computer fraud and cybercrime. If you are being investigated or have already been charged, give us a call at the Kann California Defense Group. We are ready to work with you today. Call our toll-free number 888-744-7730 or use our online contact form.