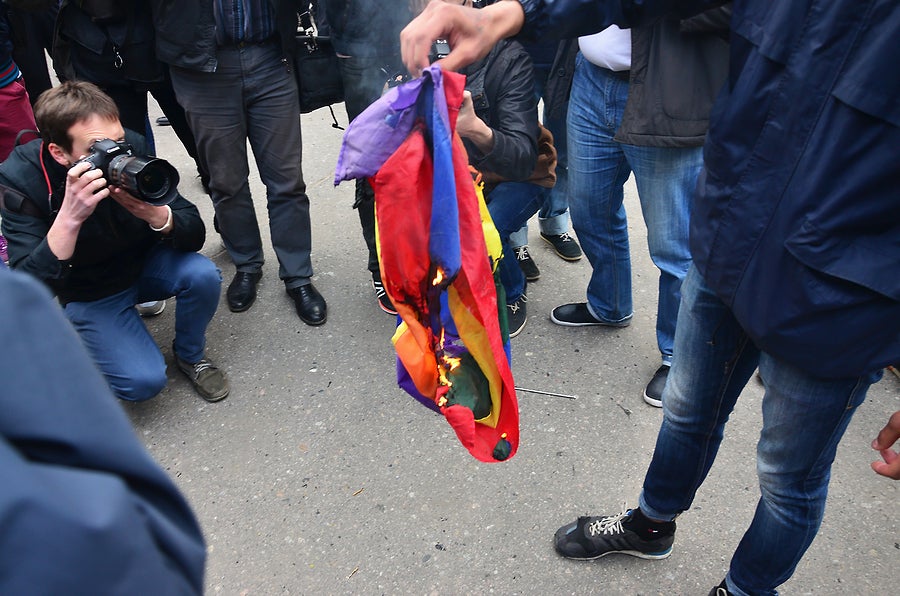 Newly released crime data from the California Attorney General and state's Department of Justice shows a significant increase in hate crimes in California over the past two years. According to the department's report, reported hate crimes are up 17 percent from 2016.

The report analyzed crimes that target specific people based on their identification with a specific group.

As defined by the Department of Justice, hate crimes include crimes “targeting victims because of their race or ethnicity, nationality, religion, sexual orientation, gender or a disability.”

In this most recent report, “The department said 1,093 hate crimes were reported in 2017 compared with 931 in 2016. The bulk of the hate crimes involved racial bias, with 602 cases reported last year compared with 519 in 2016. Anti-gay hate crimes rose 3.2 percent to 172 in 2017 from 152 in 2016.” The Department of Justice also believes that these numbers may be low as hate crimes often go unreported—Federal authorities estimate over half of all hate crimes are not reported to police.

If, however, you are accused of or charged with committing a hate crime, the consequences can be very serious. When dealing with hate crimes, the Court pays special attention to the motivation behind committing the crime. Under California Penal Code 422.6, it is a crime to interfere with someone's civil rights, or damage or destroy their property, because of that person's race or ethnicity, nationality, religion, sexual orientation, gender or a disability. Under California Penal Code 422.7 if you commit a crime such as vandalism or assault, and the Court finds you were motivated to harm that person or their property because of one of those above listed characteristics, it can also be considered a hate crime and you could be facing a more severe sentence.

If you have been charged with committing a hate crime in Southern California, you may be facing very serious consequences, including lengthy prison time. Therefore, you need the experienced and skilled legal defense that the Southern California criminal defense attorneys at the Kann California Defense Group can provide you. For a free consultation on your case, and to discuss your legal options, call us today at (855) 421-7759 or fill out our online contact form for an even quicker response from one of our attorneys.