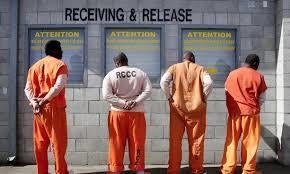 In May of 2011, the United States Supreme Court ordered the state of California to reduce its prison population by more than 30,000 inmates.  In the case of Brown, Governor of California, et al. v. Plata et al.[1], the U.S. Supreme Court found that the California prison system was designed to house a population of 80,000 inmates although, at the time of ruling, the actual population was almost double that amount.  The Supreme Court Justices, in a 5-4 ruling, determined that such inmate conditions constituted cruel and unusual punishment.

In an effort to comply with the Supreme Court's mandate, in 2014, California's Proposition 47[2] reduced certain non-violent felonies to misdemeanors, including the possession of most illegal drugs for personal use and fraud, receiving stolen property, petty theft, or shoplifting property worth $950.00 dollars or less. In March of 2016, the Public Policy Institute of California[3] reported that as a result of Proposition 47, the overall jail population in California had declined 9%.

The November 8, 2016, ballot contained an additional proposition, designed to further reduce California's prison population.  Nicknamed Proposition 57[4], the California Parole for Non-Violent Criminals and Juvenile Court Trial Requirements Initiative, reduces probation and parole time for some offenders.  Passing with more than 60% of the votes, the new law increases parole and good behavior options for felons convicted of some nonviolent crimes. The new law also allows judges, in some instances, to decide whether or not to try juveniles as adults.

If you or a loved one were previously convicted of a non-violent crime and you remain jailed in a California state prison, it is important to speak to an experienced Los Angeles criminal defense attorney as soon as possible. Based on the passing of Proposition 57, the Associated Press reports that as many as 7000 nonviolent state felons can now request early release[5] including:

A request for early release can be made by your criminal defense legal team through the California Department of Corrections and Rehabilitation[6] and applies to California inmates:

If you or someone you know remains in jail for a nonviolent crime, call one of our experienced criminal defense attorneys here at the Kann California Defense Group for a free consultation. If your case qualifies for early release based on the passage of Proposition 57, our skilled criminal defense attorneys can bring your case before the court on your behalf and assure that you are released from prison on the earliest possible date.  Call our toll-free number 888-744-7730 today or use our online contact form.

[6] California Department of Corrections and Rehabilitation