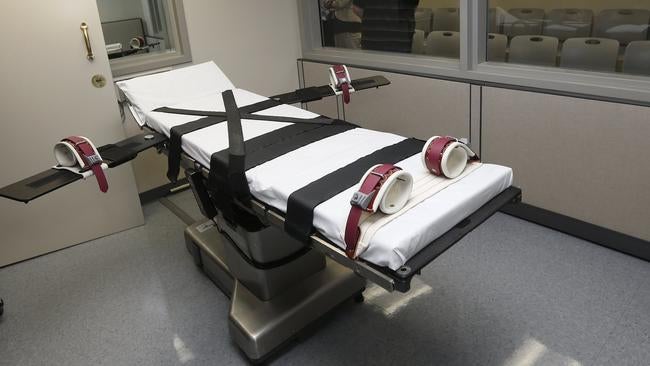 Capital punishment, also known as the death penalty, has had an erratic history [1] in the state of California.  Although the use of capital punishment was written into the state penal code in 1872, it was declared unconstitutional in 1972, reinstated in 1977, halted in 2006, and included on ballot measures in 2012 and again in 2016.

On November 8, 2016, Californians reaffirmed their support for capital punishment as they voted on two competing initiatives.[3]  Proposition 62, a ballot measure that would have eliminated the death penalty and replaced it with life in prison without parole, was rejected.  On the other hand, Proposition 66,[4] the capital punishment initiative to reform the death penalty, was passed with 51% support from voters.

Proposition 66 maintains the death penalty but accelerates its application by enacting a five-year time limit on legal challenges by a condemned prisoner.  It also requires inmates on death row to work, with the wages earned going towards restitution for their victim's families.

In California, a defendant can be convicted of capital murder and sentenced to receive the death penalty, or life imprisonment without parole, if convicted of first degree murder, and if the murder involved a special circumstance.  According to Section 190.2 of the California Penal Code,[5] there are over twenty special circumstances which will elevate first degree murder to capital murder. Among them are torture, lying in wait, multiple murders, felony murder, or killing a peace officer.  If you or a loved one have been accused or charged with any of these serious California crimes, it is important to contact an Ventura or Los Angeles criminal defense attorney as soon as possible to begin to build your defense.

Although the death penalty is reserved for only the most serious California crimes, it is not without controversy including everything from wrongful convictions to botched executions. One of the factors that determine whether or not a defendant receives the death penalty is the quality of their legal representation. Lawyers experienced with death penalty representation can help to limit the consequences by appealing cases to higher courts, negotiating plea agreements with prosecutors, or working to have death sentences commuted to life imprisonment.

Whether you or a loved one have just been charged with a capital offense or are currently on death row, you need a diligent death penalty attorney.  Contact the experienced team of criminal defense attorneys at the Kann Criminal Defense Group for assistance. Call our toll-free number 888-744-7730 today or use our online contact form.

[1] California Department of Corrections and Rehabilitation