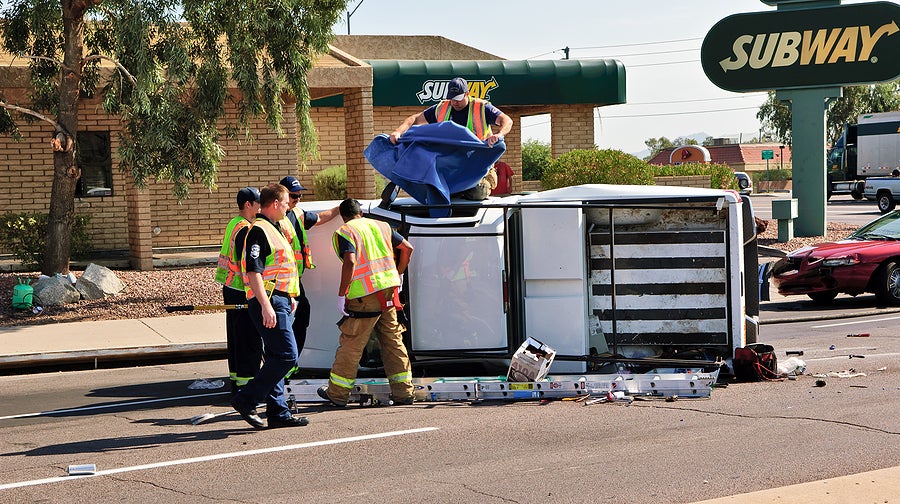 Recently, a rollover accident in Moreno Valley resulted in the death of a 17-year-old passenger. The Press Enterprise reported that the 18-year-old driver, Jose Perez, caused a minor collision on the 60 Freeway. He then fled the scene of the accident, by exiting the freeway, and speeding away down the road.

Ultimately, as Perez tried to get away, he lost control of the vehicle and his attempts to overcorrect caused the car to roll several times. Both passengers in the car were ejected. One of these passengers, 17-year-old Catalina Esteves, was rushed to the hospital but died shortly after as a result of her injuries from the accident.

Officers responded to the scene and Perez was arrested--he was allegedly under the influence of marijuana at the time of the accident. Perez was placed in custody “in lieu of a $75,000 bail,” and is now facing several criminal charges including gross vehicular manslaughter.

Under California law, (California Penal Code 192(c)) a driver can be convicted of gross vehicular manslaughter if the driver drives a vehicle:

Gross negligence is more than ordinary negligence or a mistake. It includes actions that are reckless and could put others at risk of substantial injury or death, like excessive speeding. In California, gross vehicular manslaughter is a wobbler--this means it can be charged as either a misdemeanor or felony. If charged as a misdemeanor, the sentence will not exceed 1 year in jail. If charged as a felony, it could be up to 6 years in jail.

Prosecutors take charges of gross vehicular manslaughter very seriously and the consequences of a conviction are very severe because someone died. A driver can face this charge even if the person that died was a passenger in his own car, like in this case.

At the Kann California Law Group, we know that every criminal charge needs to be zealously defended. We have experience handling serious cases, including cases with manslaughter charges. There are defenses available to these charges, and we understand that cases like these require a thorough investigation into every fact and allegation to build that defense. Our skilled Riverside criminal defense attorneys will work to provide a defense that achieves a positive outcome and protects your future. Contact us today to discuss your case during a free case consultation at 888-744-7730 or use our confidential online contact form and one of our attorneys will call you.