How Do I Defend A Resisting Arrest Charge in California? 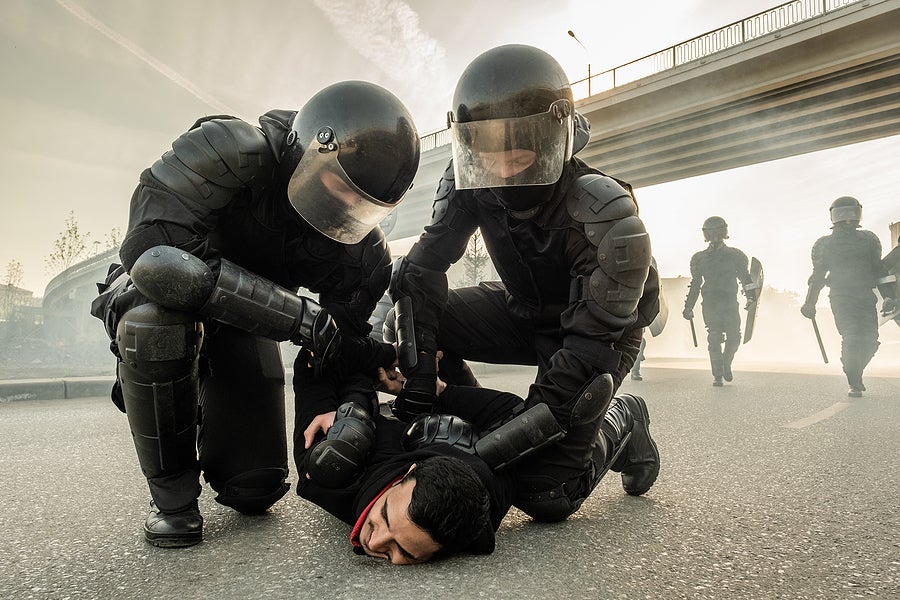 Under a Penal Code Section 148(a) charge, the onus is on the prosecution to prove guilt. For a resisting arrest charge to stand up to legal scrutiny, these are the three vital elements that must exist:

1. Presence of a public officer carrying out their official duty as per the provisions of law

2. Clear intent, on the part of the accused, to resist or obstruct the officer from carrying out lawful duties

3. Awareness on the part of the accused that the person trying to make the arrest was a public officer carrying out a lawful duty

Defending a Resisting Arrest Charge in a California Court

These are the common grounds a resisting arrest lawyer can base their defense on, to try and secure a favorable outcome for you in court:

The prosecution cannot prove charges of resisting arrest against the accused if the resistance was against an arrest that was unlawful in nature. An unlawful arrest would mean that the law enforcement officer lacked the legal authority to carry out the arrest, and hence, no charges for resisting such an arrest apply.

The law deems an arrest to be unlawful if:

The court will uphold the accused individual's right to self-defense if the public officer used excessive force while executing the arrest. The accused can defend the charges of resisting arrest and obstruction in reaction to the use of excessive force, by establishing in court that:

The law enforcement officer, for reasons, deliberate or unintentional, might file false charges of resisting arrest. The accused can, with the support of a criminal defense lawyer, base the defense on supporting evidence, like eye witness accounts and the arresting officer's past misconduct.

Then there is the more serious offense of California Penal Code 69, Resisting an Executive Officer that may result in a felony charge.  Convictions under this charge usually result in a prison term and significant fines.

There are two main elements of the offense:

1. Intent to unlawfully obstruct or attempt to obstruct an executive officer from discharging a lawful duty, using violence or threats

2. Forceful resistance or use of violence to obstruct lawful conduct of an executive officer

An executive officer would be a police officer, attorney, judge, elected official among others.

Contact Us If You Are Charged with Resisting Arrest

Get in touch with an experienced resisting arrest lawyer at Kann California Law Group to seek legal counsel if you or someone you know is facing charges of resisting arrest. We are proud of our excellent record of getting charges dismissed or reduced instead of jail time for our clients. Call us today at 888-744-7730 or contact us online to schedule a free and confidential consultation.