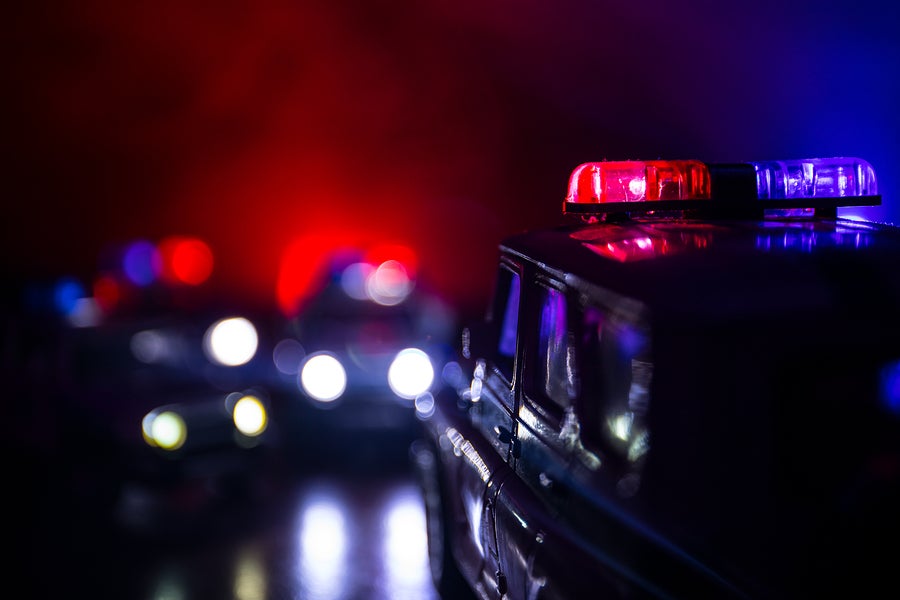 A suspected Los Angeles car thief was taken into custody after a high-speed chase through the streets of South Los Angeles.

Los Angeles Police say the car chase began around 11:30 p.m. when they spotted the stolen vehicle. The chase was actually caught on camera. Video of the chase shows the car cut through a gas station to evade police and then slam into a pickup truck.

The car kept going, but eventually the driver abandoned the stolen vehicle and made a run for it. Police followed, almost catching him when he tried to hop a barb wire fence, but he was able to climb over and get away. Officers then blocked off the area, and the driver was caught and arrested.
Police say the driver was originally wanted for stealing the vehicle, though he may now be facing other charges such as evading a police officer because of the chase.

Under California Penal Code 10851(a), an individual commits vehicular theft when he or she takes a vehicle belonging to someone else without his or her consent. Although vehicular theft is technically a “wobbler” in California, which means it can be charged as either a felony or misdemeanor, prosecutors often pursue felony charges. Penalties for a felony conviction can include a prison sentence of 16 months, two years, or three years, and a five-digit fine. If a person runs from police, a conviction for evading a police officer as a misdemeanor (Vehicle Code section 2800.1) can lead to a year in county jail and a maximum $1,000 fine, as well as a suspension of a driver's license.

Obviously, these types of charges are serious and can negatively and permanently impact your life. That's why the dedicated criminal defense attorneys here at The Kann California Defense Group believe in protecting our clients' legal rights so they get the best outcome possible in their cases. If you are facing theft or evasion charges of any kind, contact us today. We believe that everybody deserves top-notch legal representation and we are available to answer questions you may have about your case in a free consultation!